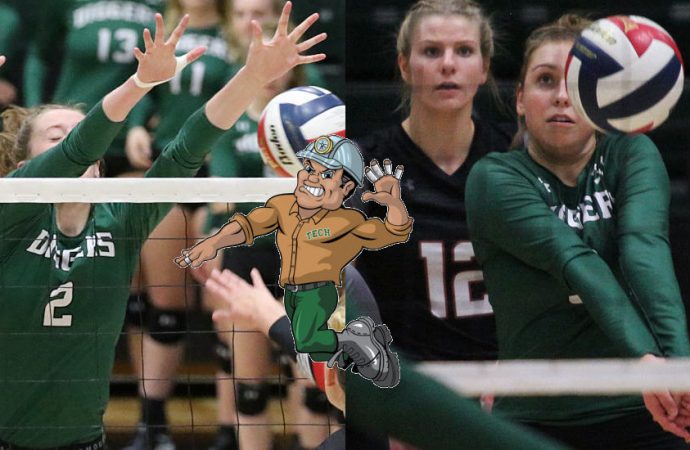 Hopcroft, a senior libero from Florence, Montana, is making her first appearance on the All-America team. Hopcroft was named an American Volleyball Coaches Association (AVCA) all-region selection last season. The four-time all-conference selection was named the Libero of the Year by the Frontier Conference this year and was the AVCA Regional Libero of the Year.

Hopcroft led the Frontier Conference in digs averaging six per set and finished with a career high 734 digs this season. Hopcroft was 9th in the NAIA in total digs and 11th in digs per set. In four seasons for the Orediggers, Hopcroft became the most prolific libero in school history setting the record for most career digs finishing with 2,568. Hopcroft also has the record for most digs in a match with 53.

Jessop, a true freshman, swept the freshman honors this season. The outside hitter from Corvallis, Montana was named the Frontier Conference Freshman of the Year and the AVCA all-region freshman of the year. Jessop was a first team all-conference and all-region selection.

Jessop led the Oredigger in hitting percentage with a .207 and finished the season with 404 total kills. Jessop had double-digit kills in 25 matches this season while averaging 3.3 kills per set.