Butte eighth grader will play for Team Northwest 14U

It is not always easy being Cayde Stajcar.

From a young age, the 13-year-old Butte boy has heard the talk. Cayde Stajcar is an animal, a stud, a man amongst boys, unbelievable.

He is the Mining City’s version of Steve Nebraska.

Every time Stajcar takes the basketball court, football field, track or, especially, the baseball diamond, people are expecting Stajcar to do great things.

“It’s hard sometimes,” Stajcar said of living with the unbelievably high expectations that his past performance helped set. “Whenever people come to watch me, I’ve got to always show out. I always try my best.”

The legend of Cayde Stajcar started when he was playing basketball on 8-foot hoops in the Saturday morning Knights of Columbus Athletic Club’s Little Kids Hoops program. It began as he was still in the coach pitch division of Little League Baseball.

It escalated on the Little Guy Football fields.

Year after year, Stajcar lived up to those expectations and then some. Those prospects blew up when Stajcar hit a recent growth spurt, shooting up to 6 feet and 170 pounds.

Before his seventh-grade year was over, he could dunk a basketball, and he could hit the ball out of Field No. 4 at Copper Mountain Park.

Matt Stepan, a longtime friend of Stajcar’s father Luke, has coached Stajcar almost all of his baseball days.

“I’ve got to see it from the beginning,” Stepan said. “He always had crazy skills, unbelievable hands and hand-eye coordination. He’s always had talent that is special. Now he’s got size.” 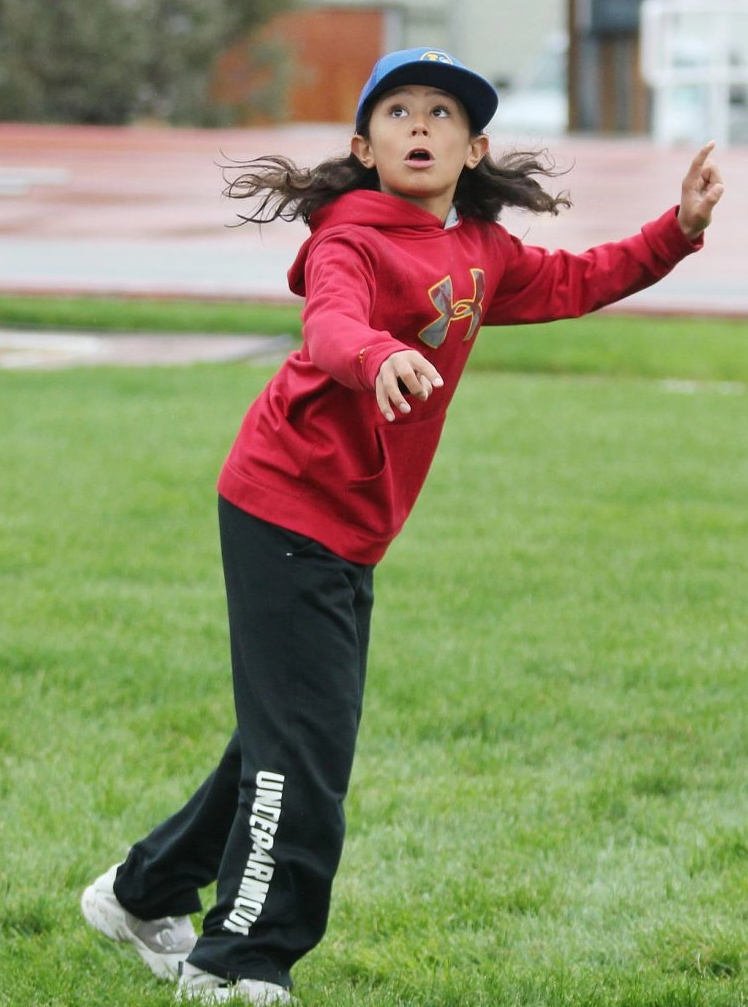 As he helped lead Butte’s Northwest/Mile High All-Star team win the state title a little more than a week ago, Stajcar had what can only be described as a legendary performance. In the win that sent the Butte boys to the title game, Stajcar started on the bump and struck out the first nine players Billings’ Burlington Central Little League in order.

He fanned 12 in five innings of Butte’s lopsided win.

“This year, he just really developed as a leader,” said Stepan, who coached the regular season and All-Star season largely by himself. The coach said Stajcar took control to make sure players were ready for practice. “That’s a big step that he took this year.”

Now, Stajcar is taking that maturity and those lofty expectations to the national level. Later this month, Stajcar will play for Team Northwest 14U in USA Baseball’s 2021 Champions Cup in Cary, North Carolina. The team is made up of players from Alaska, Washington, Oregon, Idaho, Wyoming, Montana and northern California.

At the USA Training Complex, Stajcar will compete with the best players his age from around the country.

In addition to his talent and long, flowing hair, Stajcar has long been known for his humbleness as well as his unselfish attitude.

East Middle School principal Keith Miller said Stajcar, who is about to begin his eighth-grade year, is one of the nicest students in the school. Miller said you could not find a better ambassador of Butte and Montana on the team.

Stepan echoed the principal, who is also the Montana District 2 administrator for Little League Baseball.

“His baseball skill is like the 10th thing about that kid,” Stepan said. “He’s humble. He’s a great teammate. That’s what sets him apart.

“He just gets along with everybody,” Stepan added. “A lot of times you see that top dog who usually gets surrounded by the other top dogs. He’s just friends with everybody. He really is as good as they come. I’ve enjoyed every minute that I got to coach Cayde.”

Stajcar tried out for the Team Northwest at a tryout while he was playing in a tournament on Team Montana last month in Miles City. There, alongside longtime teammate and friend Tocher Lee, Stajcar played for Team Montana in the CBA Wooden Bat World Series.

“At the tryout I was confident,” Stajcar said. “Then when I got the email, I was pretty excited. It meant a lot to me that I could represent our town.”

Stajcar, who will turn 14 on Aug. 21, first sent in workout videos as an audition to play for Team Montana in the 13U Youth World Series. His tape was apparently pretty good.

“When they saw everything, they called and asked if he could play with the 14-year-olds, too,” Luke Stajcar said.

On Monday, Cayde Stajcar returned from Sparks, Nevada, where he helped team become champions of the Silver Bracket at the Youth World Series.

“There was a big complex there,” Stajcar said. “It was all-turf field. It was pretty cool. I kind of played all around. I played the outfield and the infield. I pitched a couple of innings.”

Stajcar said he felt he fit in well playing with a team, even though he never played with any of them before.

“They’re all new kids. I didn’t know any of them,” he said. “I only got to practice with them a short amount. There was not a lot of chemistry, but a lot of the players were good. I felt pretty confident playing with those guys. It’s just different not having that chemistry that I usually have with my teammates.”

The talent level will step up quite a bit when Stajcar heads to North Carolina for the Aug. 25-29. He will play on a team coached by former MLB player Erik Johnson.

“Obviously, I’ll be playing with some of the top ball players in the country,” Stajcar said. “I’m just looking to do my thing, represent my town and my state.”

In addition to playing for the team, Stajcar will be auditioning for a spot with the National Team Development Program in 2022. So, Stajcar is going to use this week to rest before he ramps up his workout schedule leading up to the trip.

“I’m going to lay back and try to recover the best I can,” he said. “Starting Monday, I’m going to go to the field every day, strengthen my arm, take some ground balls, hit, try to fix my swing. I’ll get prepared to compete against some of the best competition down there.”

Stajcar was selected as a middle infielder, which makes sense to anybody who watched how smoothly he plays shortstop. His secondary positions are outfield and pitcher.

Stepan said Stajcar has become even more of a force on the mound of late.

“He has always been a thrower, but he turned into a pitcher this year,” Stepan said. “He just competes.”

If there is one sport in which Stajcar did not dominate in, it was wrestling. Stepan coached him on the mats, too. He said Cayde would kick butt at practice, but he did not have the aggression to be at his best when it counted.

“He just doesn’t have a mean bone in his body,” Stepan said. “He just truly doesn’t.”

“Wrestling will teach that too you quick,” Stepan said. “He learned how to lose, early.”

Luke Stajcar said he and his wife Rissa have never had to work to keep their budding superstar grounded. Cayde’s brother Coyt just finished his American Legion career, and his little sister Lyriq is a standout dancer for Butte’s Dynamic Dance & Tumbling Academy.

“He’s always been like that,” Luke said of Cayde’s modest demeanor. “We’re really lucky and fortunate. He’s always been humble. We don’t have to say much to him at all. Our words are just, ‘Make sure you’re doing your best.’”

The Stajcars have been blown away by the support from the Butte community since learning that Cayde was selected for Team Northwest last week.

Colt Anderson’s Dream Big Foundation paid Stajcar’s registration fee and bought him an equipment bag to bring his gear to North Carolina. Montana District 2 Little League made a donation, and other organizations have reached out to discuss donations, too.

Luke Stajcar said multiple people have reached out to make donations. He even heard from an old college friend offering to chip in.

“It has been crazy,” Luke Stajcar said. “Well, I shouldn’t say crazy because there’s no better place than Butte.”

Other potential fundraisers are being discussed, and donations can be made to the Stajcar’s Venmo account (@Luke-Stajcar).

While in North Carolina, Cayde said he will also take some time to soak this all in.

Stepan said this likely will not be the last time baseball takes Cayde Stajcar far away from Montana.

“That kind of opportunity doesn’t just happen, and he deserves it,” Stepan said. “He’s got a real shot. We could be watching him play baseball a long time.”