Whitlock bounces back with one shoe in Helena 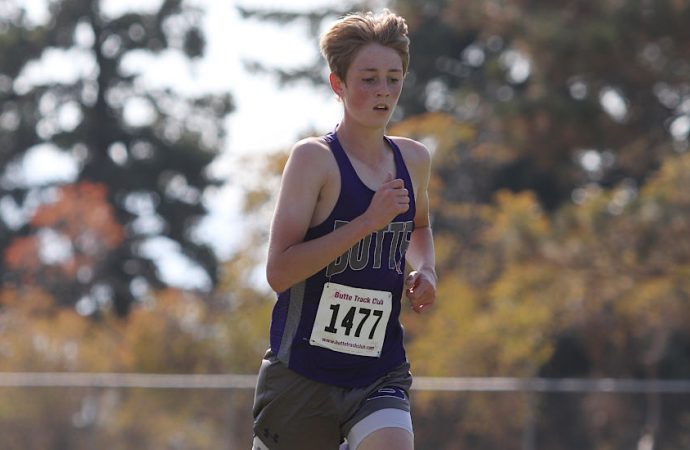 HELENA — Maybe Trey Whitlock was just wearing too many shoes.

The Butte High junior busted out of a season-long slump in a big way Wednesday at the Bill Roberts Golf Course, and he did it in unlikely fashion.

Whitlock was not the fastest Bulldog with a time of 19 minutes, 12 seconds over the 5-kilometer course, but his return to 2019 form just might have been the most promising sign for the Bulldogs as they ran with Helena High and Helena Capital in the final tune up before the Oct. 24 state meet in Kalispell. (Results)

“Trey Whitlock bounced back with a solid race running in one shoe for 2.5 miles,” Butte High coach Guy Wadas said after Butte High competed against Helena High and Helena Capital on the same course as last Thursday’s 7-on-7 meet.

Whitlock’s race was a season-best performance in a day filled with personal and season bests for the Bulldogs.

Helena High won the meet with 19 points. Capital finished second with 38. Butte High did not have enough varsity girls’ runners for a team score.

Wadas praised all of his runners as they closed out the regular season run under a coronavirus cloud.

“I am always proud of this team,” the coach said. “We’ve run under the cloud of COVID all season, and the runners have been phenomenal about it. They have sacrificed for their teammates during training, during races, and making great choices in living right.

“For many of the runners who won’t be moving on to state, we ended the way we hoped to. Several PRs, most ran faster than they did last week on the same Bill Roberts course.  I will miss seeing the group all training together.”

“The varsity boys overall ran a nice race. The JV boys battled the whole way,” Wadas said. “On the JV girls’ side, they were impressive too. They were in a small race and were able to go head to head with some other girls. This led to some more tenacity in their efforts. McKenzie Case moved into new territory by running somewhere around 25 minutes.”

The Bulldogs will new turn their attention to the state meet, which will be run at the Rebecca Farms.

“The varsity girls were solid, but I think we will have more next week when we need it,” Wadas said. “Same for the boys.  It’s hard to believe we only have state left.  It seems like we were just trying to figure out how to start the season safely.”