Kalgoorlie, Western Australia, solidified its place in the mining world, as the Western Australian School of Mines – Kalgoorlie campus – won its second straight men’s world title at the International Collegiate Mining Competition held this weekend at a custom-built site just west of the Montana Tech campus.

Montana Tech’s Copper team finished third for the second year in a row, while the Oredigger Green team placed sixth.

There were only two women’s teams competing, as the University of Missouri Rolla School of Mines edged the WASM – Perth campus – Wallabies by a single point to claim the title.

As it turns out, though the Western Australian School of Mines has two campuses, comparing them is a lot like Montanans comparing Bobcats with Grizzlies.

“Nah, they’re the city boys and we’re from the country,” one of the Wombats said after his team’s warmup regimine with an Australian Rules football. He was also quick to correct that it’s not a rugby ball. An entirely different game.

And an entirely different warmup for the Perth campus Wallabies, as Simon Till donned a rainbow singlet and knit ankle warmers to lead the men’s and women’s teams in some “mining exercises” that left the rest of the field with a good laugh. 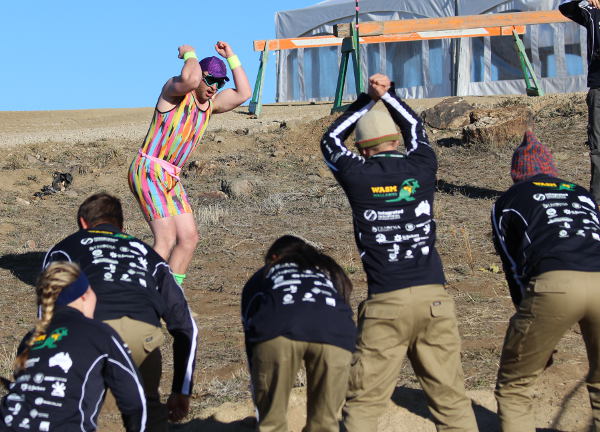 The steel-toe boots and hard hats replaced the warmup outfit, and furious competition replaced the laughter, as the teams got down to business. Seven events were completed by each team, with the first-place squad receiving one point, the second place team getting two, and so on. The low point total wins.

At the end of the day, the Wombat “A” team won the Swede Saw and the Hand Steel Drilling, while finishing second in the Mucking and Gold Panning Events. They also took third in the Track Stand. 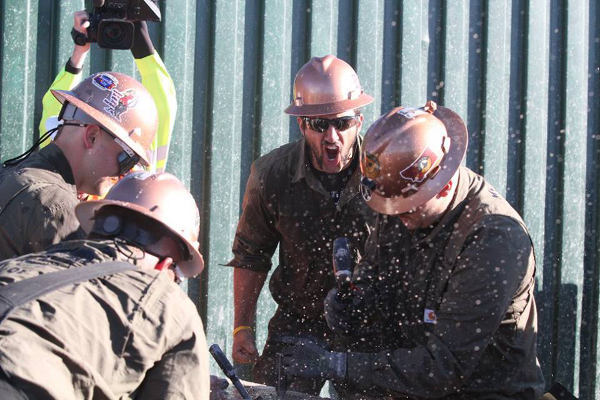 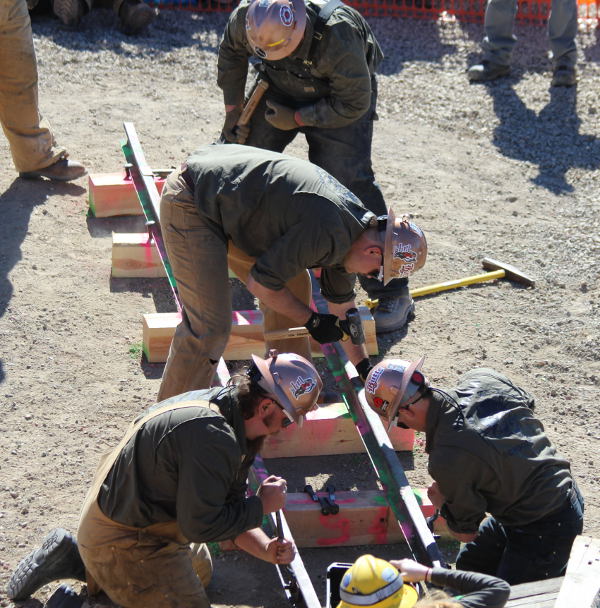 The Montana Tech Copper team works to score the fastest time of the day in the Track Stand competition. (Pat Ryan photo)

“The Track Stand really came together for us,” said senior Copper team member Austin Davis. “That’s one we didn’t even practice on Thursday, but everything was perfect today.”

“I thought we left it all out there,” Peters said of his team’s efforts. “Our mucking time just wasn’t what I thought it would be, and I’m not sure what happened. Pretty much everything else went well, though.” 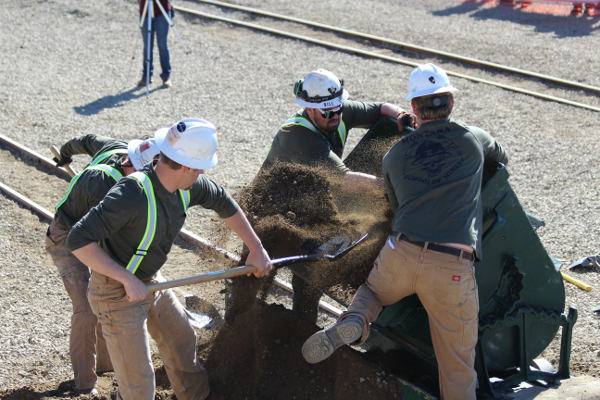 The Wombats had every intention of repeating, as they brought a supply of Australian “Emu Export” beer for the post-competition celebration.

“We all work very hard for each other,” Wombat team captain Jake Rovacsek said after some team photos. 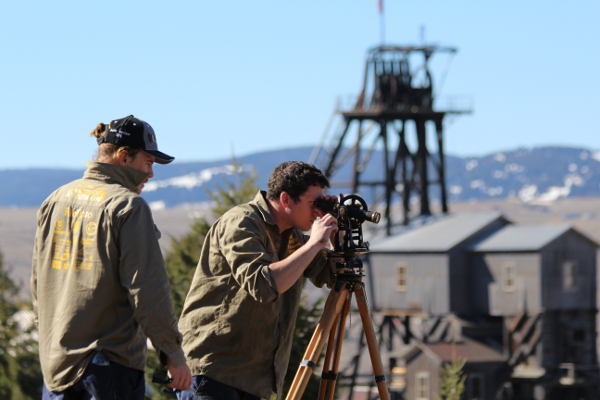 The Wombats won’t go right back to school, as they have pitstops scheduled in New Orleans, Cancun and Las Vegas, in that order.

“We’ll celebrate this,” Rovacsek said. “We earned it.” 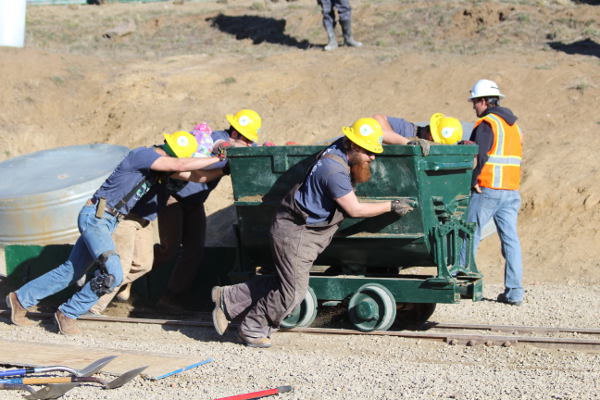 Muckers from the University of Missouri Rolla Science and Technology roll their ore car toward the finish Saturday. (Pat Ryan photo)

8 comments
Was someone you know mentioned in this article? Celebrate with an AllStar listing!