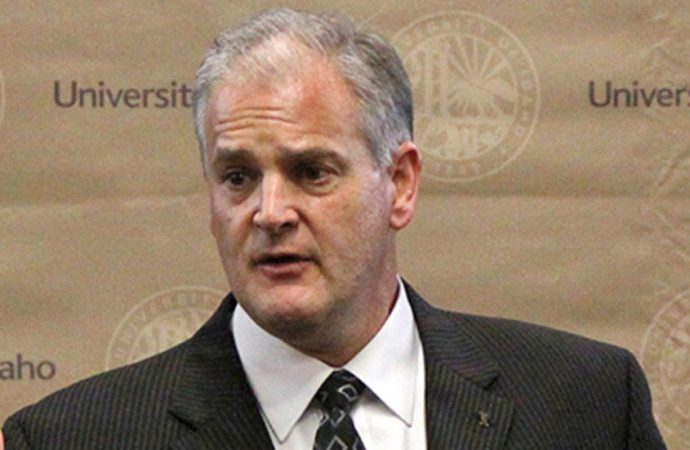 University of Idaho Athletic Director Rob Spear is shown in this courtesy photo.

Rob Spear’s nearly 15-year run as the athletic director of the University of Idaho officially ended when the Butte native was fired by the state’s Board of Education Thursday morning.

The move comes after an investigation into how the school handled sexual assault and harassment complaints.

Multiple news outlets, including Sports Illustrated, reported Thursday’s move. SI reports Spear’s contract calls for the 1976 Butte Central graduate to be paid $197,000 a year through February 2020. The Spokesman Review reports the school will play the remainder of the contract.

Spear had been on administrative leave since April 3 while the university’s independent investigators looked into the allegations.

A first-generation college student, Spear placed an emphasis on academics at Idaho. The Vandals have a run of 11 consecutive years with a cumulative student-athlete GPA exceeding 3.0.

In 2012, Spear named Paul Petrino as head football coach of the Vandals. Petrino, who was born in Butte and raised in Helena, led Idaho to a victory in the Famous Idaho Potato Bowl following the 2016 season. Petrino was named Sun Belt Conference Coach of the Year that season.

Idaho is rejoining the Big Sky Conference in football this season, a move for which Spear is largely responsible.

In 2009, Spear made national headlines when he refused to board a Horizon Air flight to Boise because the plane had a logo of rival Boise State painted on its tail. Instead, Spear paid for his own rental car and took a different flight from Spokane.

He spoke about that incident when he was subject of a profile story by Butte Sports in December 2012.

Spear broke onto the Mining City sports scene as a junior at Butte Central, when he led the Maroon basketball team in scoring with 18 points per game. The next season, Spear averaged 19.5 points and 14 rebounds, earning first-team All-State honors.

Last October, Spear was inducted into the University of Providence-Great Falls Athletics Hall of Fame.