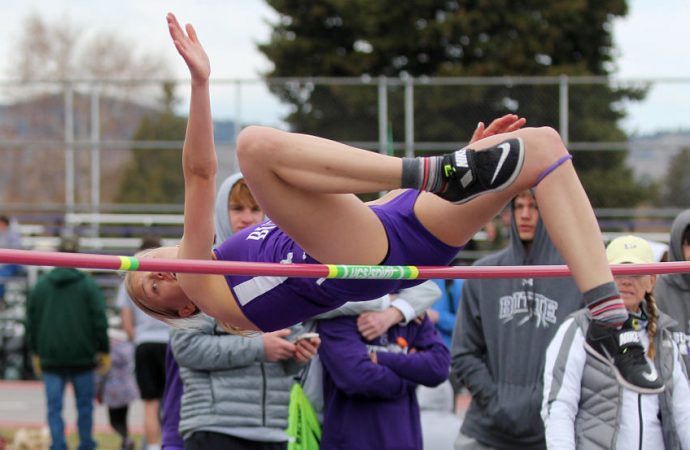 Trudnowski came within an eyelash of winning the state high jump championship. She cleared 5 feet, 5 inches to tie with Kalispell Flathead senior Madison Boles for the top spot.

Boles, however, topped Trudnowski on the ninth jump of a jump off, leaving the Bulldog to settle for the silver.

That medal comes a year after Trudnowski tied for fifth place in the high jump last year. Her best event is one of six she will compete in during the weekend. She also ran to 17th in the 400 Friday.

Mellott placed third in the 400-meter race, finishing with a personal-record time of 50.53 seconds. He jumped 21 feet, 3 inches to place eighth in the long jump.

Mellott also qualified for the finals in the 100 and 200.

Bozeman leads the way on the girls’ side with 56 points. West is second at 32, and Butte High is ninth with 12.

Rhodes captured fourth place in the javelin with a throw of 125-8. That mark is a personal record.

Cleverly also placed 12th in the 400, while Parini placed fourth in the long jump.