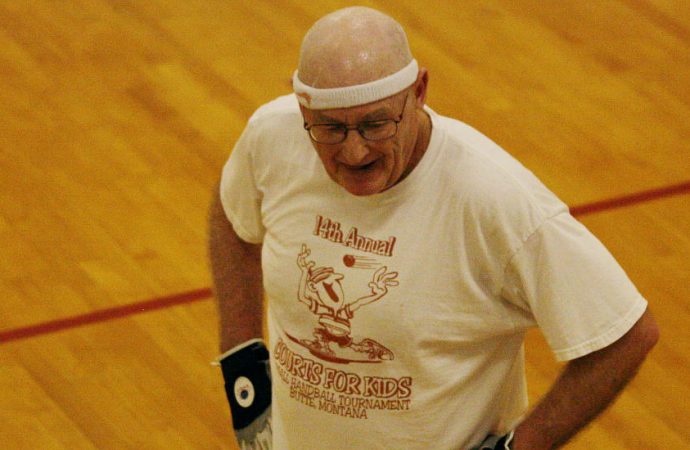 Morris, an Anaconda native who now lives in Billings, won the 70-plus Diamond Masters Division. He went 4-0 in the round-robin division for his third Diamond Masters title.

Morris, who also has a handful of state doubles championships on his résumé, won the Diamond Masters national title in 2014.

Lambert and Gagnon will play on Sunday in the division, but Morris already has the title wrapped up.

Brett Badovinac, who last year became the first Butte player to win the Open Division championship since Bill Peoples in 1999, will try to defend his title.

Badovinac will play Bozeman’s Scottie Moler in Sunday’s 10 a.m. title match. Moler beat Missoula’s Moe Johnson in two games in the semifinals. Badovinac beat Les Seago of Emigrant in a tiebreaker in the other.

Butte’s Mike Hitchcock, the defending champion in the 50-plus Golden Masters, will play for a pair of state titles on Sunday.

In the B Division, Butte’s Skyler Criscuolo will take on Joseph Lison of Rock Springs, Wyoming, in the 11 a.m. title match.