Tom LeProwse has long been considered a coaching legend in Bozeman.

If a Mount Rushmore of the all-time Hawks was sculpted, LeProwse’s image would undoubtedly be part of the hillside.

The Hawks’ invitational wrestling tournament — one of the top tournaments of the season — is named in LeProwse’s honor.

LeProwse and his cowboy hat are known from corner to corner of the Treasure State.

For LeProwse, there is one key reason for all of that. He played football at Butte High School.

“If I hadn’t played Butte High football, I don’t know where I’d have been,” LeProwse said after a recent round of golf at the Valley View Country Club in Bozeman. “My life has been really a storybook.”

That honor is bestowed upon living former players to recognize 75 years since their first varsity football letter by the Butte High Silver B’s. A player becomes a Silver B 25 years after his first letter. He is a Golden B 50 years later.

The organization formed in 1940, a few years before LeProwse began his fabled career on the dirt of Naranche Stadium. 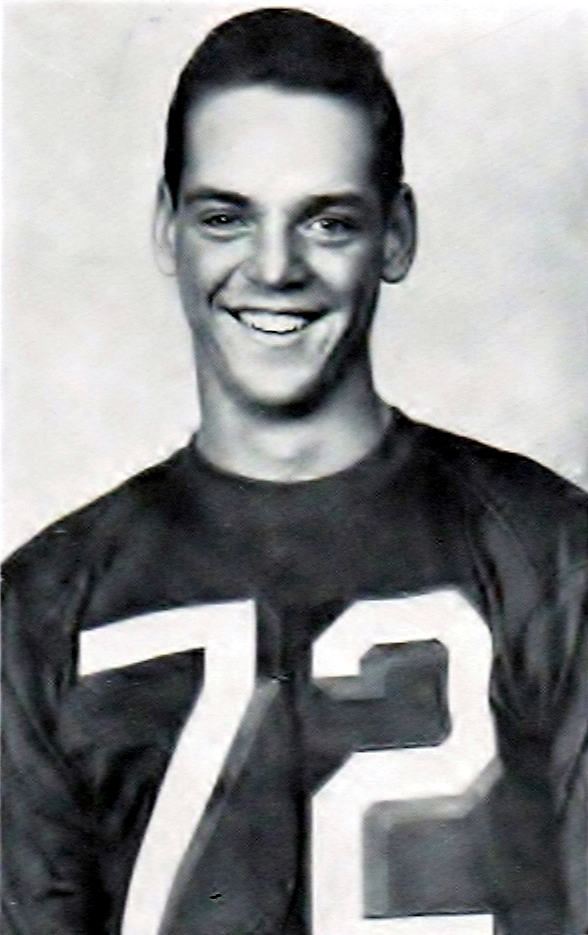 LeProwse is shown in this Butte High yearbook photo.

Becoming a Diamond B is every former Bulldogs dream. None, however, dream that more than LeProwse, who is a fixture at Silver B events.

That is not to say that he makes most of the Silver B’s functions. Be it a dinner, a banquet or any other Silver B event, LeProwse has been there. He has not missed one since becoming a Silver B 50 years ago.

“Not one. Not one since he’s been inducted,” said Scott Paffhausen, the president and historian for the Silver B’s. “He’s made every single event. He makes them all.”

After the Bozeman Hawks captured the 2013 Class AA state football title, the school held a banquet to honor its champions. That banquet just so happened to come on the same night of the Silver B’s Banquet, when the old guard hands out varsity letters to the current players.

“He came to ours, not theirs,” Paffhausen said. 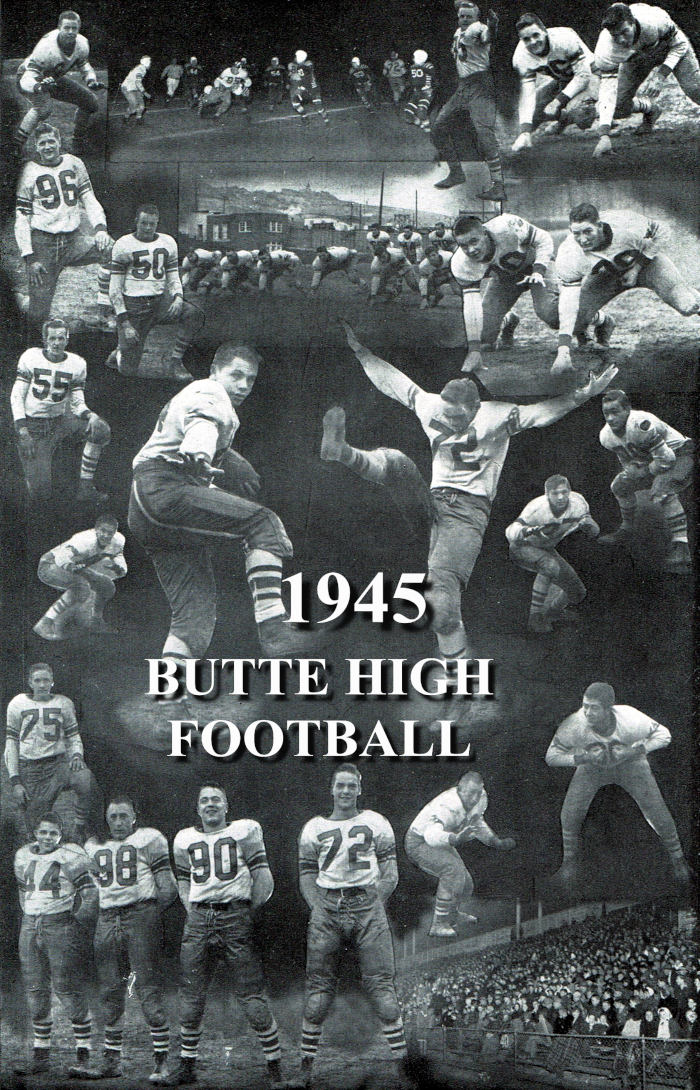 Above is a page from the Butte High yearbook.

Even when he was busy coaching the Hawks, LeProwse showed up for Silver B’s Night, when new Silver, Golden and Diamond B’s are honored before a Butte High football game.

“I never missed one,” LeProwse said. “I don’t how me how I did that. I was even coaching football the first three years I was in the Silver B’s. We were playing Friday afternoon games and Saturday afternoon games, so I was able to make it over to Butte after the game on Fridays.

“One time I went over for Silver B’s Night and the next week we played Butte, so I got to scout them at the same time.” 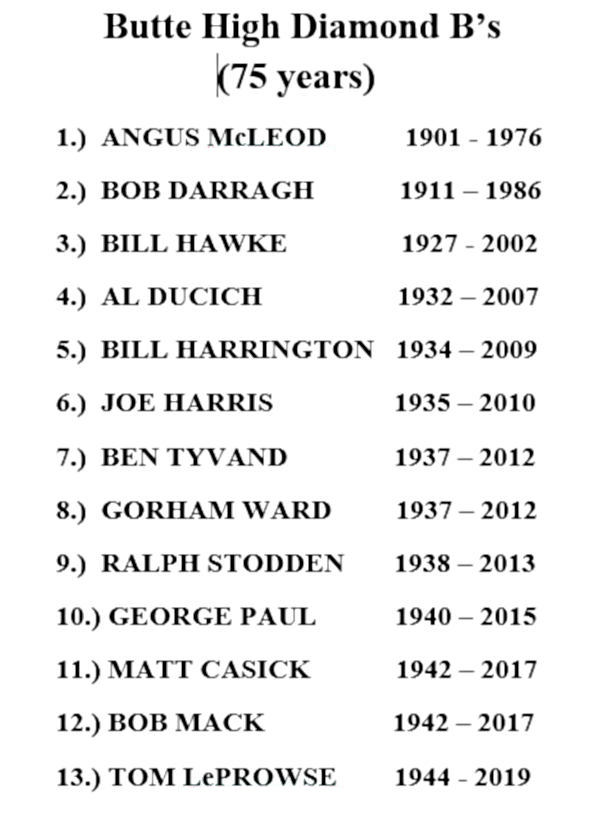 McLeod was the first Diamond B. He was inducted in 1976. Of course, LeProwse was there the night the 1901 letter winner got his B.

“I remember he was in the stands with Glenn Welch, who was the executive director of the Silver B’s for many years,” LeProwse remembered. “He was sitting in the stands. He said, ‘What in the hell am I doing up here, I can’t even see the players on the field.’ So we took him home at halftime.”

LeProwse thought he was going to be joined by Dahlberg. Unfortunately, he learned over the summer that Dahlberg had died in recent years.

“I was looking forward to meeting him again, but I guess he passed away,” LeProwse said.

Note that the amount of first-time letter winners is quite a bit smaller than the ones for the Golden and Silver B’s. Lettering in football was not something every boy did at Butte High under head coach Harry “Swede” Dahlberg.

“When you played for Swede Dahlberg, he didn’t letter more than 15 kids. The letter was a special thing, he wasn’t going to give them away,” LeProwse said. “Even in Sonny Holland’s days, Sonny played the last season that Swede coached. Even in those days, I don’t think Swede letter more than 15 or 16 kids. You started on varsity and you stayed out on the field.”

The sideline of Butte High football games was foreign to LeProwse.

“From the time I started as a sophomore in high school, I missed one quarter and three plays,” LeProwse said. “Swede always kept his varsity out there. That was just his way. Bill Hatcher were the only two sophomores on the varsity that year.” 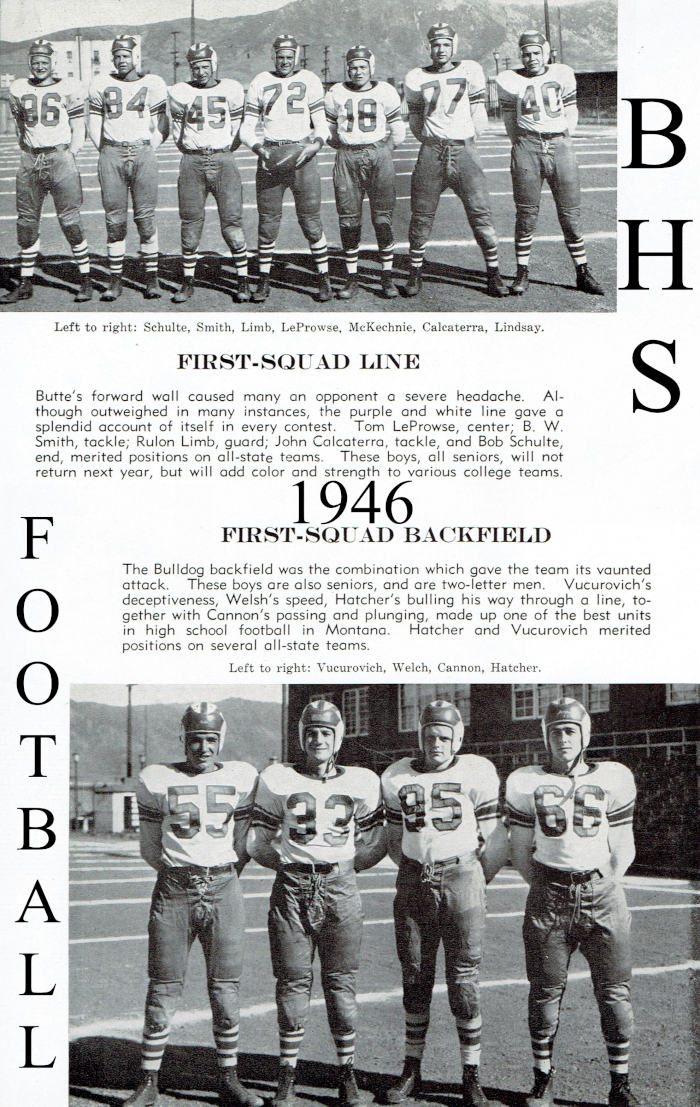 Above is a page from the Butte High yearbook.

LeProwse received some kind of All-State recognition after each of his three seasons starting and playing both ways for the Bulldogs. He closed out his prep career while playing in the first Montana East-West Shrine Game in Great Falls in the summer of 1947.

Other Butte players in that game were Welch, Richard Cannon, John Calcaterra, Bill Smith and LeProwse’s good fired Bob Schulte. Schulte, was on track to become a Diamond B in 2020 before his death last fall. 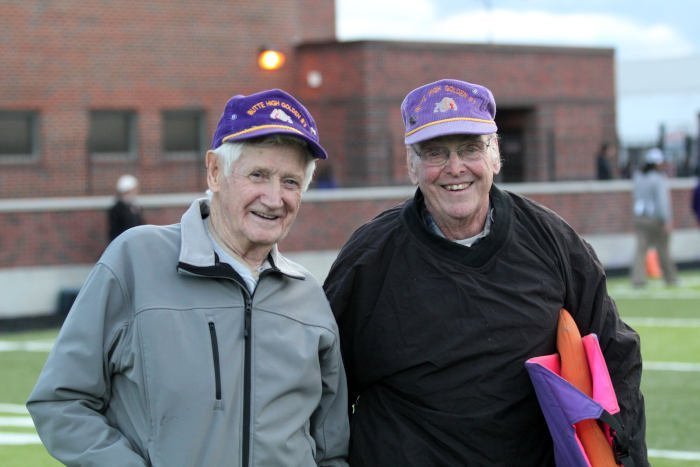 Like Schulte, whose No. 13 is retired in the Shrine Game, LeProwse is a legend of the game. He served as the Grand Marshall for the Shrine Parade and, once again, flipped the opening coin toss in Butte this past July.

“I was a starting captain, I kicked the football off and them made the first tackle,” LeProwse said of his role in the first Shrine Game. “That’s the legacy. Then I got married.”

LeProwse and his wife Joan tied the knot following the game. Together, they had three children. Joan passed away one day before her 71st birthday.

After the Shrine Game, which certainly could be the inspiration for a romantic comedy, LeProwse went to Montana State, where he also saw a lot of time on the football field playing both ways for the Bobcats.

Like with his days with the Bulldogs, LeProwse rarely came off the field for the Bobcats.

“I played six 60-minute football games for Montana State,” LeProwse remembered. “In the early times, the clock did not stop when they moved the chains. So you’re time went pretty fast. You were probably on the field for an hour and a half instead of 2 hours and 15 minutes.” 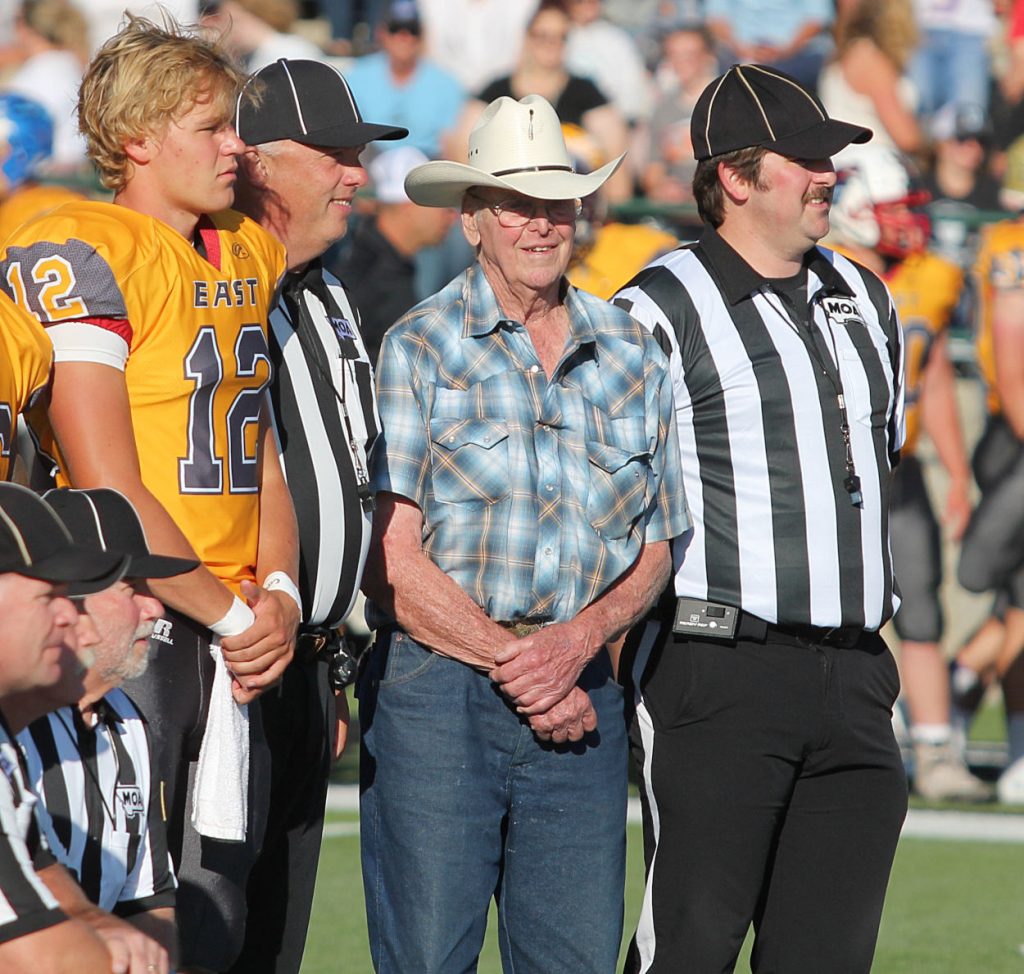 LeProwse gets ready to flip the coin just before kickoff of the Montana East-West Shrine Game July 20 in Butte. (Butte Sports file photo)

In Butte, Bozeman, Great Falls and beyond, LeProwse was known as a sure tackler.

“I was a good tackler. I was a sure tackler. I didn’t miss many,” LeProwse said. “Open-field tackling is where a lot of people saw me. I had a good inside-out position, I’d guess you’d call it. It was just a natural instinct for me.”

The soon-to-be Diamond B brought up Colt Anderson, a former Butte High, University of Montana and NFL safety.

“Colt Anderson, who played for the Grizzlies, he tackled like I tackled,” LeProwse said. “It was shoulder first, hit and roll. I watched Colt Anderson play, and he played at a high speed like I did.”

It certainly was not LeProwse’s size that stood out.

As a coach, LeProwse led the Hawks to three state championship in swimming and one in wrestling. Overall, his football, wrestling and track teams won 30 divisional championships.

He was inducted into the Montana High School Coaches Association Hall of Fame in 1983. LeProwse was the first president of that group, one of the many groups in which he was a pioneer.

“If you make All-State now, you have been scrutinized by all coaches at one meeting,” LeProwse said. “They sit down, discuss you and then take a vote, then discuss you a little bit more. In the time I made All-State three times in a row, there were three All-Staters — The Montana Standard, The Billings Gazette, the Great Falls Tribune.

“Twice in my career coaching, my player who was a substitute was selected as second-team All-State. Then his folks come up and say, ‘Why didn’t you play him some more? He was an All-State player.” 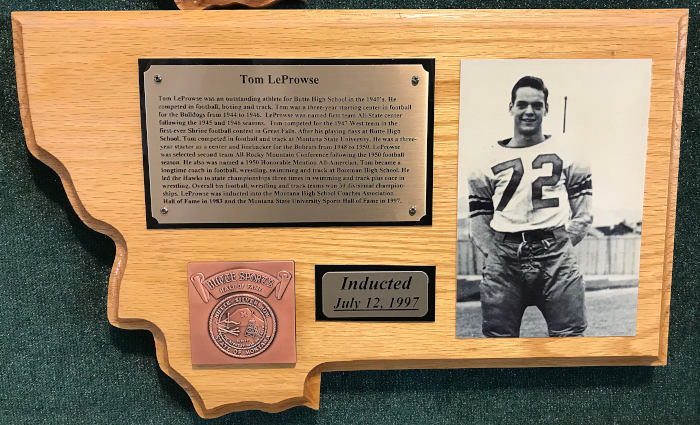 LeProwse’s Butte Sports Hall of Fame monument hangs on the wall at the Butte Civic Center.

Holland, a Butte native who was named Bobcat of the 20th Century at Montana State, is still friends with LeProwse. The two get together often, including the day LeProwse talked for this story.

“Sonny Holland played on the last team of Swede Dahlberg,” LeProwse said. “Sonny’s first football coaching job was under me at Bozeman High School. I always tell Sonny, ‘Well, I taught you all you knew.’”

LeProwse laughs as he recalls the story.

“We get to one of the Silver B’s meetings, and Sonny stood up and said, ‘This is Tom. He taught me all I knew.’”

Today, LeProwse stays active as he approaches his 92nd birthday, which Dec. 4. (By the way, he points out that is when the Silver B’s banquet is scheduled.) He plays 18 holes of golf five days a week if the weather is nice. 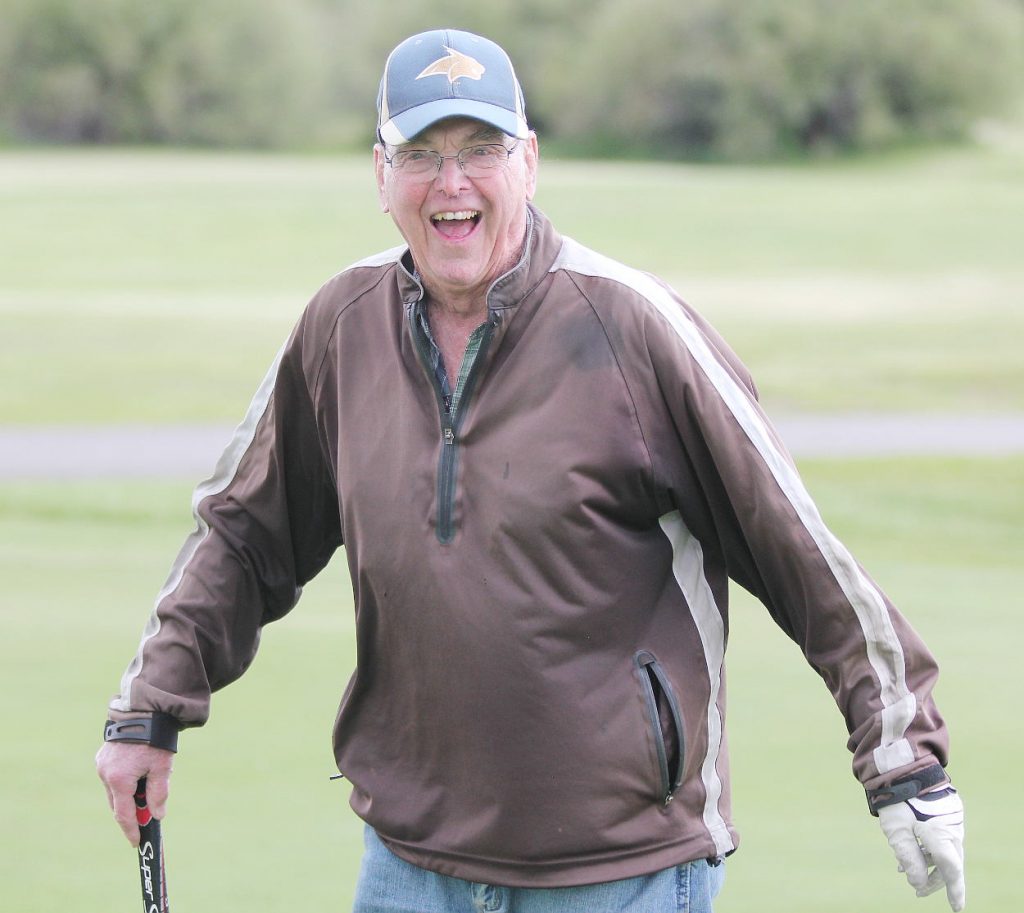 Tom LeProwse is all smiles after sinking a par putt on No. 5 at the Highland View Golf Course during the Butte Sports Hall of Fame tournament June 16, 2017. (Butte Sports file photo)

LeProwse is eagerly awaiting his moment in the sun on Oct. 11 when the Bulldogs host Silver B’s Night before the Butte High-Kalispell Flathead game.

Since he has been at every meeting, every dinner, every banquet, LeProwse knows what the night has in store for him. He knows what it means.

“To be a member of the Silver B’s has been a real pleasure,” he said.

A 1997 inductee into the Butte Sports Hall of Fame, LeProwse also knows that the Silver B’s are a group completely unique to Butte High. He praises the current members for keeping it going. In addition to Paffhausen, Dean Ericson is the secretary and Matt Pelletier is the treasure.

“They’ve tried it all over the world, and it wasn’t successful,” LeProwse said of organizations like the Silver B’s. “I love Butte because they hang on to tradition. I’m so proud of them for keeping it going. I’m proud of the Silver B’s in Butte. I love to go over there because you guys stay with tradition.”

“Butte’s always been my hometown,” LeProwse said. “You grow up in Butte and it stays in you forever.”