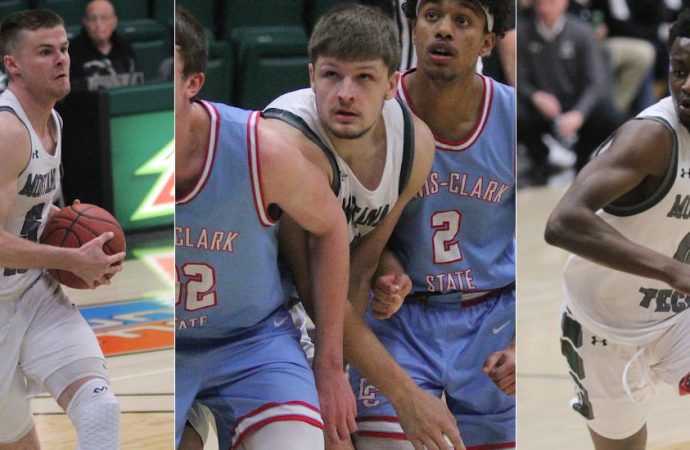 Diallo, a 6-foot-3 guard from Tacoma, Washington, was the second leading scorer in the Frontier Conference averaging 19.1 points per game. Diallo led the Orediggers in scoring 17 times and eclipsed the 20-point mark in 17 games.

England, a 6-7 post from Helena, was sixth in the league in scoring averaging 15.2 points per game, second in shooting percentage (56.9 percent), second in rebounding (9.0 rebounds per game), and third in steals (1.6 per game). England finished the year with 11 double-doubles and set the single game rebounding record with 22 boards against Rocky Mountain College on February 29.

Additionally, Montana Tech hosted a home playoff game for the first time in two decades. The Orediggers also posted the program’s first NCAA Division I win in program history when they defeated the University of Montana on Nov. 18.

Click here to see all the Frontier Conference players who were recognized.