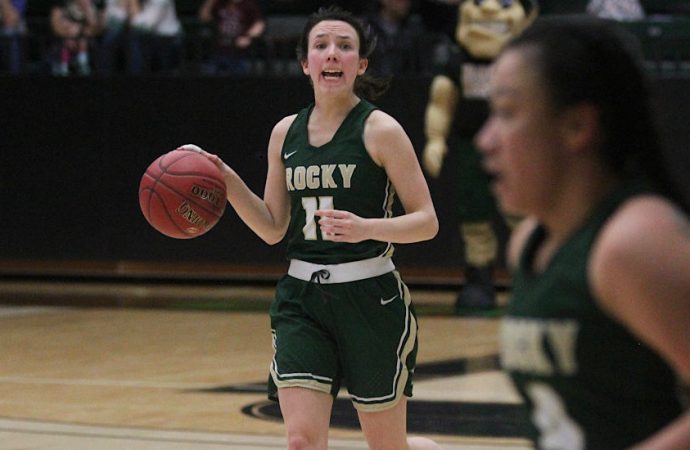 Kloie Thatcher is an All-American.

Thatcher, who averaged 12.5 points and 3.3 rebounds per game for the Battlin’ Bears, is joined by Montana Tech’s Taylor England, Sindou Diallo and Mesa Williams in receiving the All-American honorable mention.

Williams, a junior, received the mention after averaging 15.2 points per game to lead the Orediggers. She passed the career 1,000-point total late in the season.

Rocky senior Markaela Francis was the lone first-team women’s selection from the Frontier Conference. She led the league in scoring with 17.7 points per game.

Diallo, a junior transfer who electrified the HPER Complex during the season, averaged 19.1 points per game to lead the Oredigger men this past season. The hard-working England added 15.2 points and 9.0 rebounds per game on his way to the honorable mention.

Providence junior Zaccheus Darko-Kelly, who averaged a league-best 22.6 points per is the Frontier’s lone representative on the first team. Carroll senior Dane Warp made the second team, and Lewis-Clark junior Damek Mitchell was placed on the third team.