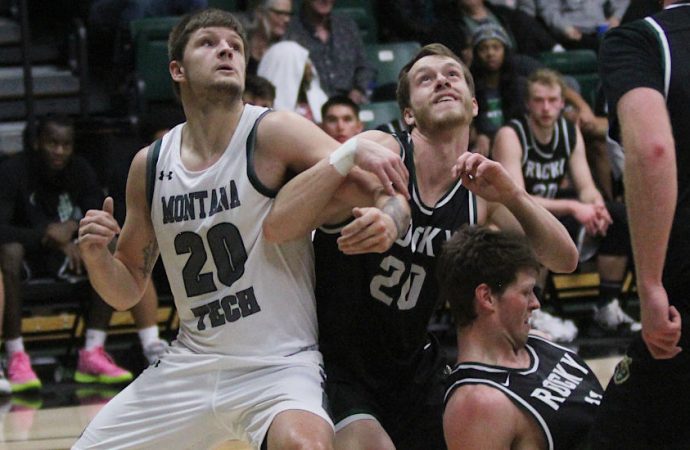 WHITEFISH — Montana Tech’s men’s basketball team has played two games this season, and Oredigger senior Taylor England has been named the Frontier Conference Player of the Week following each.

England took home the honor Monday. The 6-foot-7 Helena native scored 22 points and pulled down 10 rebounds to lead Tech in a 79-70 loss to No. 8 College of Idaho in Dillon. England, who dished out two assists, made 14 of 15 free throws in the loss.

Dani Wagner of Carroll College received the women’s weekly honor. The 5-9 Havre native helped lead the Saints to two wins at the Thanksgiving Classic in Helena.

McKenzie Gunter of MSU-Northern and Jenni Weber of Montana Western were also nominated for the award.