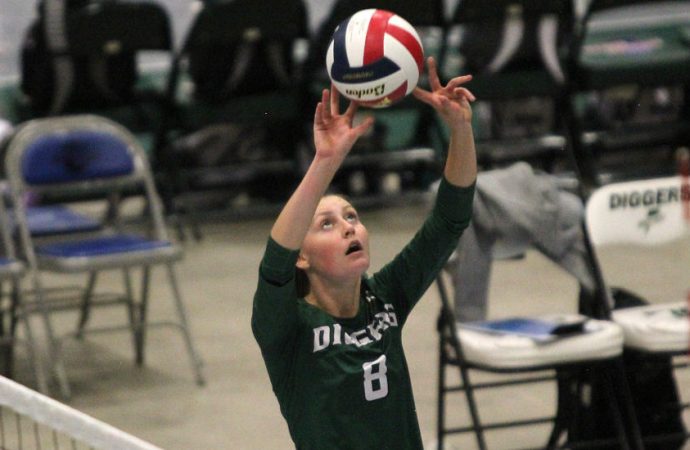 The Oredigger freshman was named Frontier Conference Setter of the Week Monday.

The 5-foot-11 Kaelber helped lead the Orediggers to four wins at the annual tournament hosted at the Butte Civic Center. Montana Tech defeated two teams in the NAIA Coaches Top 25. The Orediggers upset No. 12 College of Idaho in three sets and downed (RV) Northwest University in five.

Kaelber averaged 9.64 assists in the four matches. The Pasco, Washington native had a career high 55 assists against Northwest.

Montana Tech travels to Bellevue, Nebraska this week for the GoSarpy.com Invitational.

Attacker of the Week: Kelsey Shaver, University of Providence.

Defender of the Week: Sacha Legros, University of Providence.