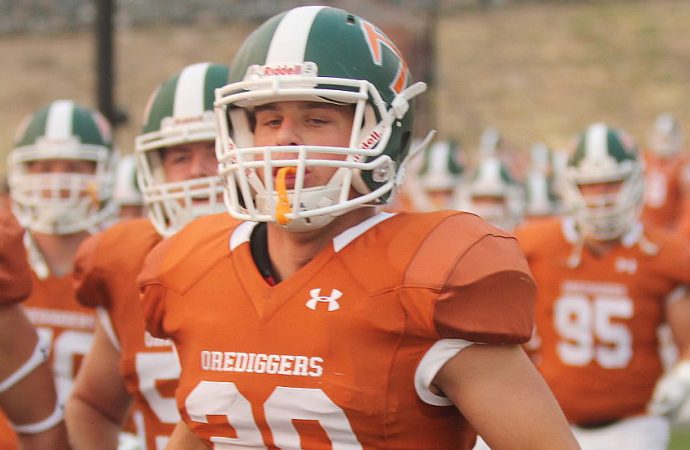 KANSAS CITY, Mo. — The National Association of Intercollegiate Athletics (NAIA) announced the honorees of their highest individual honors as part of its annual NAIA National Award Day. Montana Tech’s Clay Dean is the recipient of the Dr. LeRoy Walker Award.

“Clay is one of the most well-rounded individuals I’ve ever had the pleasure of coaching,” Montana Tech head football coach Chuck Morrell said. “His intelligence, unselfishness, positive attitude and mental toughness are what sets him apart.”

Dean, a football student-athlete that graduated last spring, has exemplified what it means to be a servant leader through his work in the classroom, community and everyday life. His passion for service is evident through his involvement with multiple clubs at Montana Tech and as president of the student-athlete advisory committee. Dean believes that servant leadership has not only enabled him to help others but has allowed him to make lifelong friendships. Dean started a mentoring program for elementary students that fosters positivity in the classroom. In addition, he has organized Special Olympics activities and Montana Tech’s first athletics awards banquet. As the special team’s captain and team player of the year, his work ethic is un-equalled. Dean is a tremendous example of unselfishness, putting the feelings and well-being of others before his own. He is recognized as a man of character because of his integrity and his service to others.

Dean has maintained a 3.99 GPA while majoring in petroleum engineering with a minor in business administration. He was a dedicated leader in the student engineering society and earned the respect not only of his professors but his peers as well. Dean is involved in several professional organizations and was named the “Most Outstanding Petroleum Engineering Student” at commencement in 2019. He was on the chancellor’s academic excellence list, the dean’s list and honor roll every year while a student-athlete at Montana Tech.

“This a well-deserved and prestigious honor for Clay, and this award brings a great sense of pride to both the Montana Tech and Butte communities,” Montana Tech Athletic Director Matt Stepan said. “He totally embodies what it means to be an Oredigger and will no doubt continue to do great things in his professional career and beyond.”

Several Montana Tech student-athletes have received the Frontier Conference nod for the Dr. LeRoy Walker Award. Ivan Sljivar received the award in 2011, Brianne McClafferty in 2012, Katie Tabaracci in 2015 and Rachel Farris in 2016.

Dean is the first Oredigger to receive the national award. The award winners are honored at the spring NAIA National Meeting held in Kansas City, Missouri.