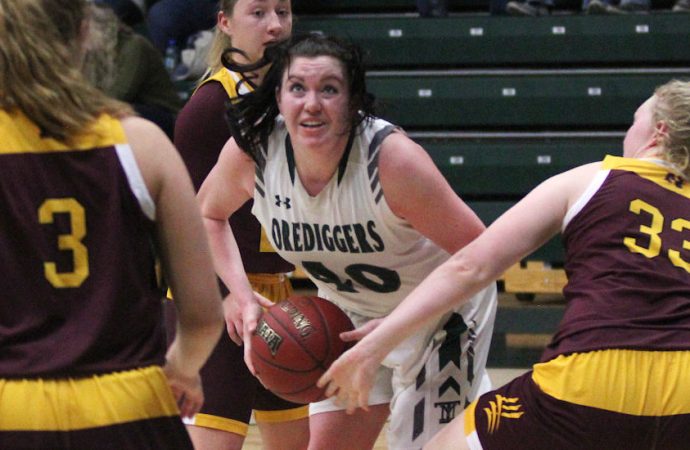 Montana Tech fans had to do a double take when Mollie Peoples from “Butte, America” was introduced in the starting lineup Thursday night at the HPER Complex.

The Oredigger junior guard is the reigning Frontier Conference Sixth Player of The Year, and she has only started a handful of games in her career.

Once the game tipped off, Peoples had the Oredigger faithful going nuts.

The victory gives the Orediggers the 2-1 series win over the Skylights.

“She got us off to a great start,” Tech coach Carly Sanon said, adding that she started Peoples because the Skylights have been playing a lot of zone defense against them. “She’s a great shooter, and she really came out ready to go.”

Peoples scored Tech’s first eight points, including a 3-pointer 13 seconds into the game. She scored 10 of Tech’s 13 first quarter points.

“Last time we played against them we had a super slow start,” Peoples said. “So, I think we all had it in our mind that we’ve got start out good, play 40 minutes of better basketball. That’s what we did.” 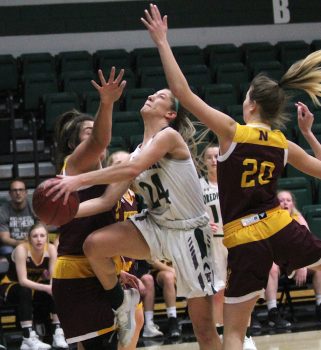 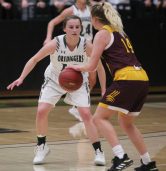 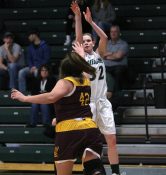 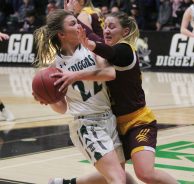 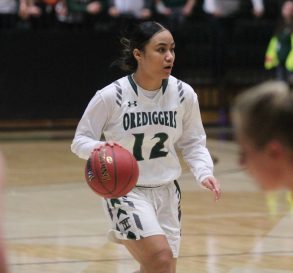 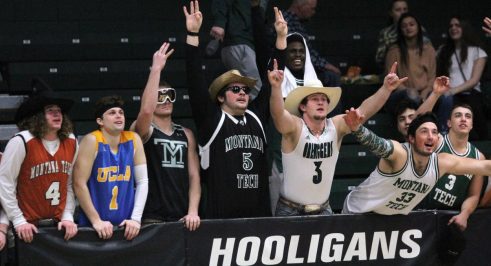 Peoples finished with a season-high 22 points as Tech improved to 13-12 overall and 3-10 in the Frontier.

“We had some breakdowns, and she took advantage of them,” Northern coach Chris Mouat said of Peoples. “Mollie had a great job. She did a heck of a game.”

The win brings the Oredigger to within one game of climbing out of the Frontier cellar, and the team seems to be finding its stride heading into the stretch run.

Sanon said the Orediggers played well at Lewis-Clark State, despite falling 76-62 at a notoriously tough place to get a win.

“We played well, had a lot of energy, and it carried into this week,” the coach said. “We had three great days of practice with lots of energy, lots of talk. Our focus was better, and I think it carried over.”

As good as Tech’s start was in the first quarter, it was even better in the third. That start came for a completely different source, too.

The Orediggers turned that into a 42-30 lead thanks to a styling defense that held Northern scoreless for the 7 minutes, 13 seconds of the third quarter.

“That really kind of set the tone,” Sanon said.

Northern never recovered. Tech led by as many as 16 points twice before holding on for its first home win since the Orediggers beat Lewis-Clark State on Dec. 7.

Mouat, whose team has been hit hard by injury, pointed to his team’s start of the second half.

“At the end of the day, we’ve got have a better third quarter,” Mouat said. “That’s what it comes down to.”

Sanon pointed to Tech’s 32-24 rebounding edge. That included an 11-7 edge on the offensive glass.

McKenzie Gunter scored 17 points to lead the Skylights (15-10, 4-9), who lost Tiara Gilham to an injury in the second half. Peyton Kehr scored 11.

The Skylights will head to Lewis-Clark State on Saturday, looking to regroup.

“They’re a good group of kids,” Mouat said of his Skylights. “They’re down in that locker room. They take it hard every time. They’re going get ready to L-C and hopefully go in and play better for four quarters.”

The Orediggers, meanwhile, look to build on the win Saturday when they play host to the University of Providence.