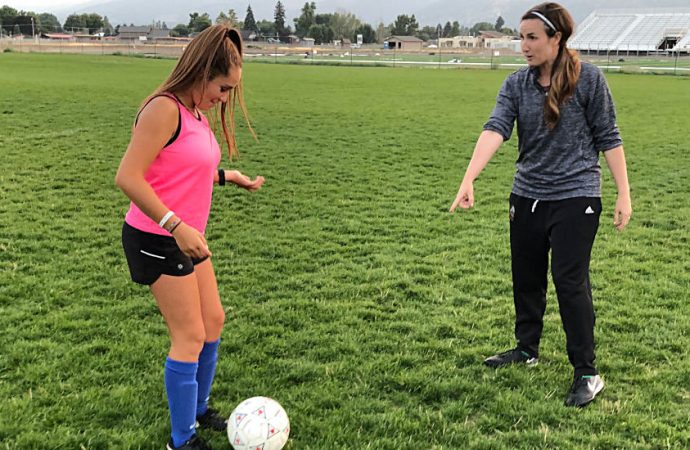 When she played soccer for the Butte High Bulldogs, Angie Fett was known universally as “Spitfire.”

Fett, the daughter of Butte’s Chuck and Debbie Richards, had no problem living up to that nickname, either. She used her fiery personality and passion for the game to help her take to all-conference honors and a spot in the Shodair Soccer Classic in Helena.

She was good enough to earn offers to play college soccer, but instead opted to pursue a teaching degree from the University of Montana.

“Angie started playing soccer when she was just 4 years old, and the coach thought she should wear a helmet because she was so fearless,” Chuck Richards said. “Once we moved to Butte when she was 7 years old, she had to play with the boys because they never had a girls team, and she held her own.”

“When the girls varsity team scrimmaged the boys JV team, they hated playing against her because they said she was too tough and mean.”

Fett credits that to her Mining City roots. Her husband, Birch Fett, can certainly attest to that.

Birch, a Cascade native who is an honors math teacher at Hamilton High School, said some of his students were talking about how tough the Butte Central girls were in class last basketball season.

“Welcome to my world,” he told the students. “I married a Butte girl.”

Fett, a 2003 Butte High graduate, was named head coach in the spring. Her Broncs open the season Friday in Belgrade.

Though she coached track and cross country at the middle school level, this is Fett’s first coaching job in the high school ranks. And as head coach, no less.

The job is a second chance for Fett, who didn’t apply for the position when it first opened following last season. When the top candidate later backed out, Fett saw it as a move she just had to take.

Fett is taking over a program that has been successful. The Broncs won the Southwestern A title last season and advanced to the semifinals of the Class A State Championship Series, where they fell 1-0 to eventual state champion Laurel.

Now, Fett and her team of eight seniors and two returning All-State players will try to give Hamilton its first state soccer title since 2002.

“They’ve definitely proved themselves in the conference,” Fett said. “It would be nice to take it to the next level.” 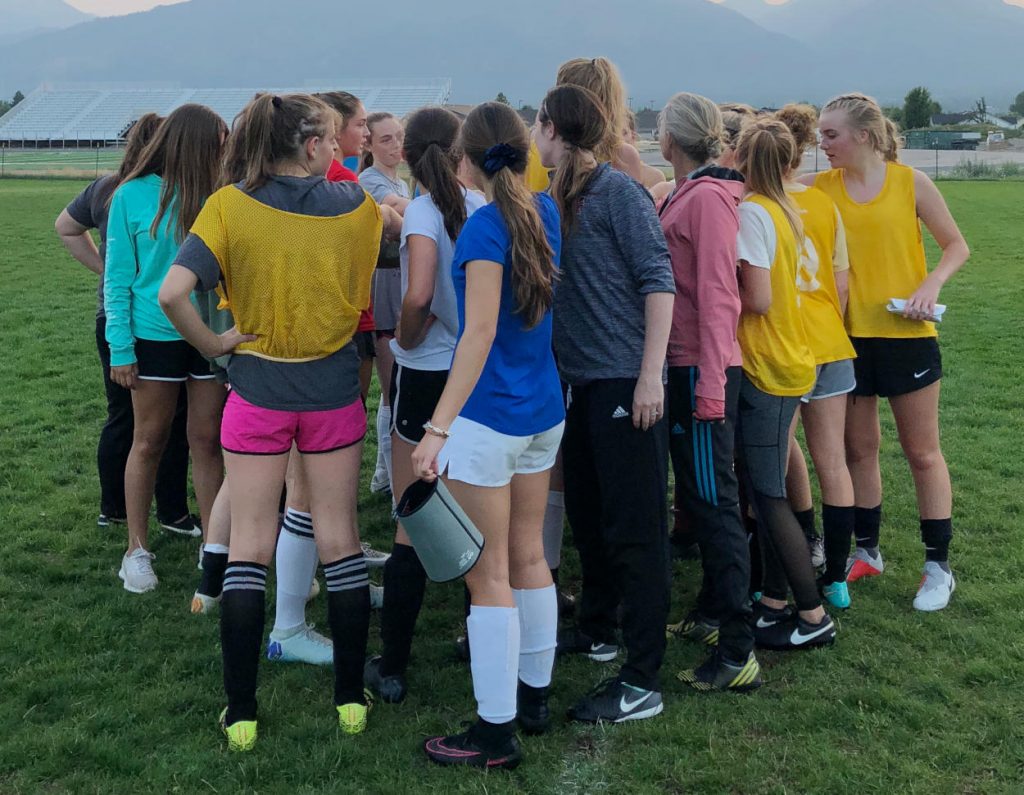 Angie Fett talks with her team during a recent practice. (Courtesy photo)

Fett, who has coached the Ravalli United club soccer team, said she is looking forward to beginning the season. The Broncs, who have been practicing for nearly two weeks, also play at Livingston on Saturday.

“It will be a good weekend to determine where we are and what we have,” she said. “We’re looking pretty good right now We have eight seniors this year, which is nice. I’m excited to see what we bring this weekend, especially against Belgrade. They’re a tough customer.”

Fett has lived in the Bitterroot Valley for more than a decade. She taught in elementary school in Darby before moving to middle school in Hamilton.

“It’s the most gorgeous place in the world. I love it,” she said. “My husband and I, we love to fly fish. We can go several times a week.”

A mother of three daughters, (Taylor 11, Lakyn, 3 and Cora, 1) Fett has definitely taken on a major task in adding coaching a high school team to her duties as a sixth-grade English teacher and being a mom.

To help out, her husband dropped his additional job as a calculus teacher at Bitterroot College.

Making the job even more difficult, Fett said, is that Lakyn is, as they say, a chip off the old block.

“She’s the spitting image of me, a little ball of fire,” Fett said. “I’m getting paid back for being a Spitfire.”