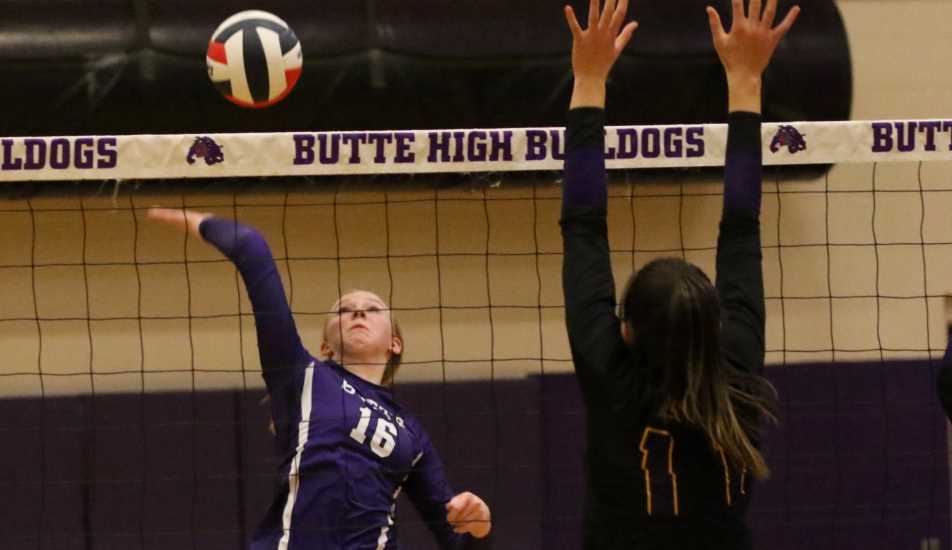 The impressive Missoula Sentinel Spartans came to Butte to play volleyball and left with a 3 – 0 win against the Bulldogs.

With a better understanding of the Spartans’ playbook, the Bulldogs came out hungry for a win in the third set. the servers got more aggressive and the Bulldogs started to find some openings to finally get the ball to hit the floor. In the end the Spartans answered with a 25 – 19 set win and a 3 – 0 match victory.

Coach Shane Jorgensen said, “Once again we are starting to see improvement in every one of our matches. I have a feeling we are going to surprise some people in the second half of the season.”

The Bulldogs will play non-conference games on Saturday, in Belgrade, returning to conference play on Friday, October 7th, when they hit the road to take on the Flathead Bravettes.