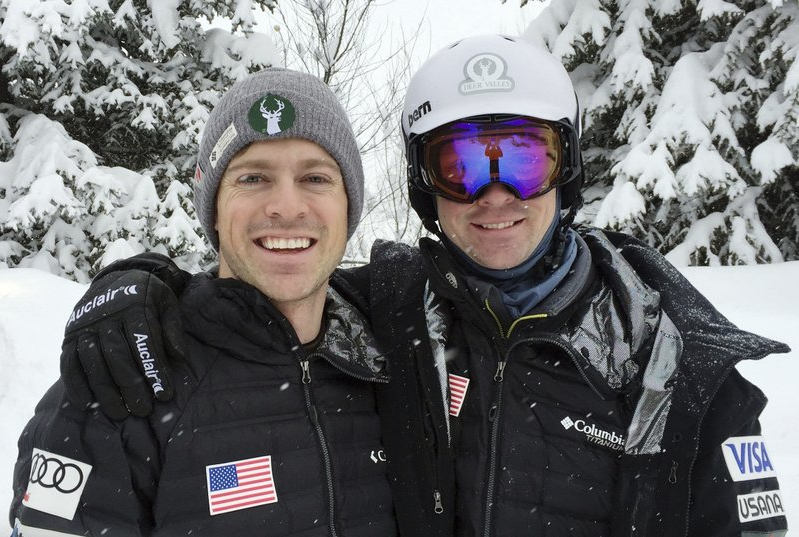 Brad Wilson, left, and Bryon Wilson are shown in this courtesy photo.

Two Butte brothers were among the honorees for annual awards dished out by U.S. Ski & Snowboard, the national governing body for Olympic skiing and snowboarding.

Bryon and Brad Wilson gained podium status on the awards list. Bryon Wilson, 31, was honored as Coach of the Year in the domestic freestyle category.

“Olympian Bryon Wilson has transformed from bronze medalist to an outstanding moguls coach for Wasatch Freestyle. His athletes are benefiting from his ability to translate his own experience as a successful athlete into leadership and skills he is passing on.”

Bryon Wilson is a 2006 graduate of Butte High School and captured the Bronze Medal at the 2010 Winter Olympics in Vancouver while competing in the men’s moguls. Injuries hampered his ensuing seasons, yet he remained a constant contender on the World Cup circuit until turning to coaching after last year’s schedule. He was a second baseman in American Legion baseball for Butte until going onto fulltime Olympic ski training in Park City, Utah, where he remains based.

“Olympian Bradley Wilson is known for his sportsmanship, work ethic and orientation to goals. This past season he led the men’s moguls team, winning his second consecutive World Championships silver medal in dual moguls.”

The 26-year-old Brad Wilson graduated from Butte Central in 2011 and was a varsity tennis player for the Maroons. He has skied in two Winter Olympics — at Sochi, Russia, in 2014 and then at PyeongChang, South Korea, in 2018. He has been the top U.S. men’s mogulist on the World Cup circuit the past tw0 winters and ranks No. 7 in the world.

U.S. Ski and Snowboard reported on the internet that its honorees for the 2018-19 season were: