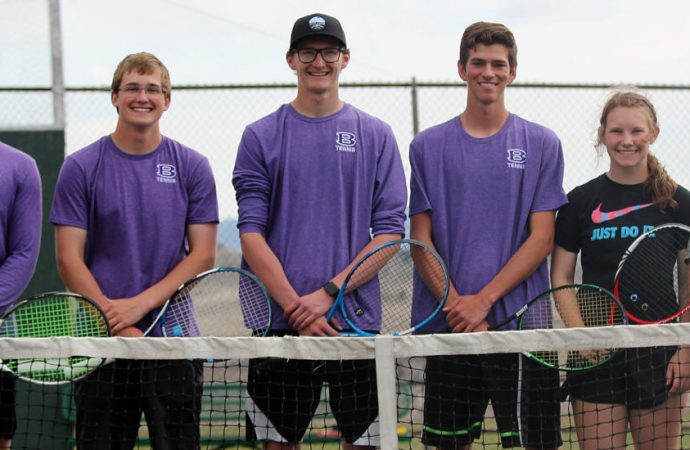 Six members of the Butte High tennis teams will be in Great Falls Thursday for the Class AA State tournament at Great Falls Russell, the Hurd Courts and the Meadow Lark Country Club.

Play for the two-day tournament begins at 8 a.m.

The duo will take on Regin Koester and Katie Lessmeier of Kalispell Glacier in the opener. Koester and Lessmeier placed second in the Northern AA Divisional tournament last week in Kalispell.

Francisco and Park, both seniors, will also play at state.

Ferry and Johnson will battle Missoula Hellegate’s Austin Mosely and Henry Stahl. The Hellgate team fell to Sentinel’s Cody Curtis and Connor D’Angelo in the championship match of the Western AA Divisional tournament.

Francisco and Park will battle Curtis and D’Angelo in the opener.

Click here for more on the schedule and the tournament bracket.