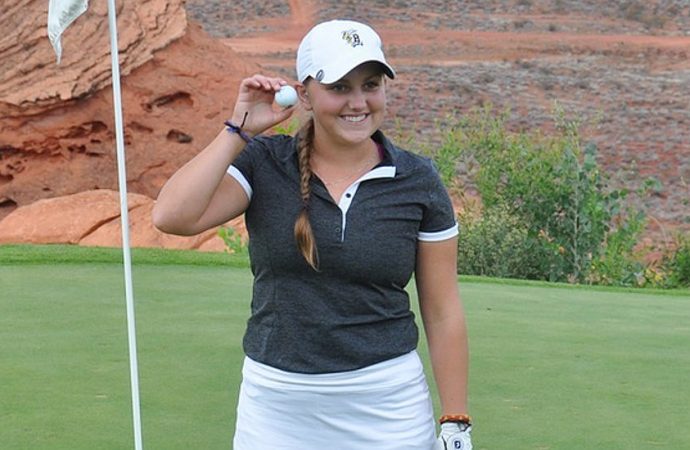 “This was a great start to our spring season for the women overall,” said MSUB head coach Kevin Woodin. “Our strengths were the way we drove the ball and how we played around the greens, and for as little practice as we’ve had outside, I felt the team did very well. I’m looking forward to seeing how they do in California next week.”

The placing was the best of the year for both McNeil and Hafer. “I am very happy for Kortney and Shea, and they had a great two-day tournament,” Woodin said. “For them to finish with individual honors in the top-five is outstanding.”

Bolstering MSUB’s strong team performance was junior Bailee Dexter, who finished in sixth place with a two-round score of 159 (82-77). Dexter cut five strokes off her first-round score, and utilized three birdies including a 15-foot putt on the first hole in her second round. On the 11th hole, Dexter drilled an 8-iron to three feet, and she hit 11 of 18 greens in regulation and 11 of 14 fairways on the day. “It was great to see Bailee come back strong today, and I felt that she was a lot better off the tee today than she was yesterday,” said Woodin.

Senior Haley Shackelford wound up in seventh place, also improving her score between rounds and finishing with a 162 (82-80). Shackelford rode strong short game play in her second round, and had 31 putts to help lower her score. On the ninth hole, she landed an 8-iron shot 15 feet from the cup, and sunk the putt to save a stroke. She was also effective off the tee, hitting 9 of 14 fairways.

Completing the field of five golfers and also finishing in the top-10 was junior Sammy Walter, who finished the tournament with a two-round total of 164 (79-85) for eighth place.