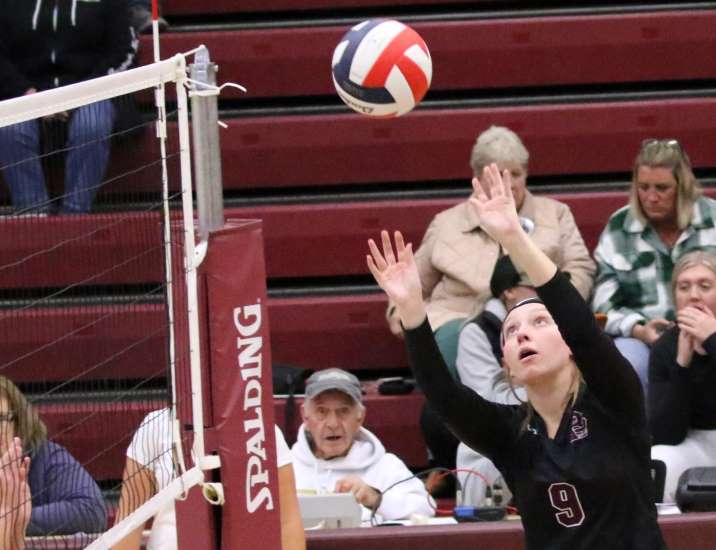 The Butte Central Maroon Volleyball team honored their Seniors at the Maroon Activity Center and then swept the East Helena Vigilantes out of the MAC.

Coach Becky Hancock was smiling after the win, stating “Senior day is always emotional.  We were a little slow and I wanted more energy.”  Her team was a bit sluggish in the first two sets but still winning both by a wide margin 25-11.  The Vigilantes fought back to make an exciting third set as the Maroons had to bring more energy to pull off the win 25-23.  Coach Hancock said “I like how we’re playing, we’ll probably see these guys again.”