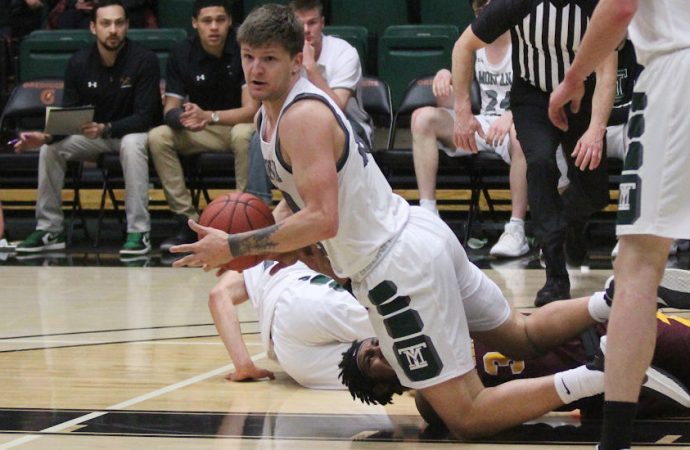 Simply, Montana Tech led … until it didn’t anymore in a good game.

Montana State-Northern beat the Orediggers 66-59, firing ahead with a 15-0 run in the second half to grab a lead it never yielded. The result in the quarterfinal round of the Frontier Conference college men’s basketball playoffs in Montana Tech’s HPER Complex Tuesday night sent MSU-Northern on to the semifinals. It also ended the Orediggers’ season. (Stats)

The game was the first in playoffs that Montana Tech played host to since 1999.

“(The Lights) had a couple more guys than we did who stepped up and had big moments,” Adam Hiatt, head coach of the Orediggers, said. “That 15-0 stretch was a big stretch. We missed a lot of free throws, we missed a lot of shots around the rim and we missed open shots.”

“They had 12 offensive rebounds in the second half. In that 15-0 run, we couldn’t get a rebound.”

Montana Tech led 34-29 at halftime and held a 46-39 advantage after a Cody Baumstarck rebound putback with 12 minutes, 47 seconds left in the game.

Adam Huse connected on back-to-back pullup jumpers and then David Harris scored on a steal and pullup. Jesse Keltner faked to his left and spun to right to score from inside the key and grab a 47-46 edge for the Lights. Gio Jackson netted a shot before Harris used a stutter move to score hanging near the hoop. The Orediggers’ next chance to score was on two awarded free throws, but neither fell in, and so Adam Huse knocked in a shot from 3-point range to cap the 15-0 difference-maker.

The MSU-Northern lead stood at 54-46 and the Orediggers had been held scoreless for a little more than four minutes.

“We were a little short on depth,” Hiatt noted.

Both teams were missing a starter . Montana Tech played without 6-foot-4 senior Dylan Pannabecker, suspended a game for a team rule violation, athletic director Matt Stepan confirmed to ButteSports.com, and the Lights were without 6-5 senior Kavon Bey, who injured an ankle last week. 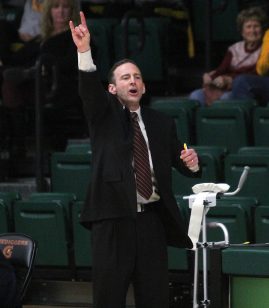 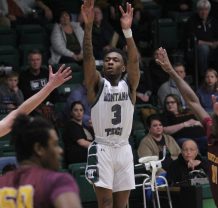 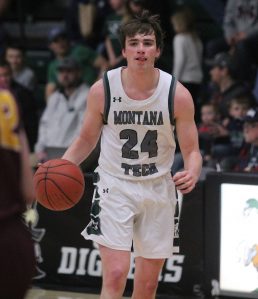 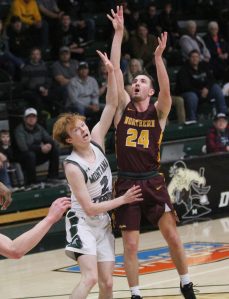 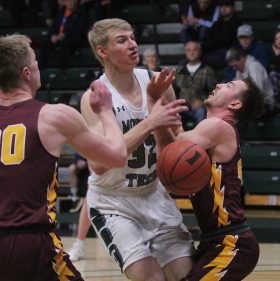 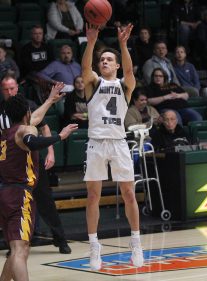 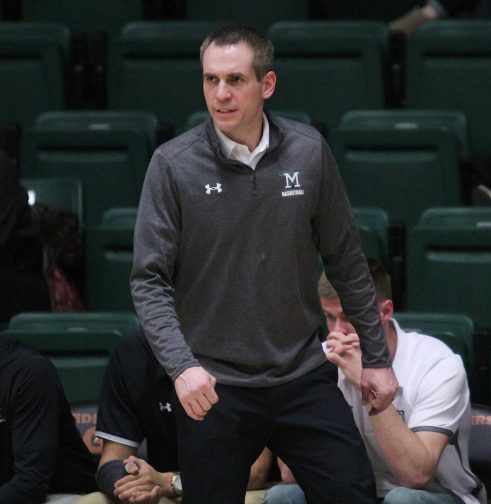 The closest to MSU-Northern that the Orediggers were able to get once relinquishing the lead, was 54-50 after consecutive baskets by Sindou Diallo and Taylor England on strong drives to the hoop just after the Lights’ big surge.

The mini-comeback was snuffed when MSU-Northern scored the next six points, by Keltner off a feed from Mascio McCadney, two free throws by Harris and then a drive by Harris. The Lights commanded a 60-50 spread with 2:16 left on the clock.

“Harris has been playing at a high level for the last six games,” Hiatt said. “We didn’t have a very good matchup for him.”

Adam Huse finished with 14 points and Keltner with 10 points and eight rebounds as the Lights won their 20th game against 11 losses and will play at Lewis-Clark State Friday in the semifinals.

The Huses, Bozeman High School alums, are brothers and their uncle, Shawn, is the head coach of MSU-Northern. Both Shawn Huse and his older brother, Brad, the father of the current players at the two schools, were stars for Montana Tech in their playing days. Both also were assistants for the Orediggers after their playing careers ended. Brad Huse also served as head coach at Montana State.

“We’ve been playing good basketball the last six games,” Shawn Huse said. “Our only losses were at (nationally ranked) Lewis-Clark State and Carroll.”

The positives of how the Orediggers responded down the stretch this season weren’t entirely lost in the closing loss, Hiatt indicated.

“We’re making history, here,” the coach said. “We hosted a playoff game for the first time in 20 years. I reminisced with Dylan about this, too, that when Dylan was a freshman, we didn’t win a conference game. We didn’t even qualify for the conference tournament.”

This season, the Orediggers played host to a post-season game, and finished with a winning record, and knocked off a highly ranked Lewis-Clark State along the way. Some blocks would seem to be in place with which to continue to build.