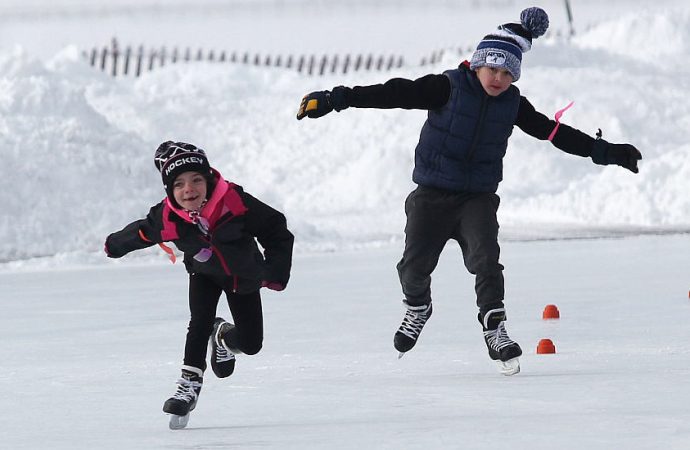 The event drew 42 competitors from schools around the Mining City.

Results will be posted when available. 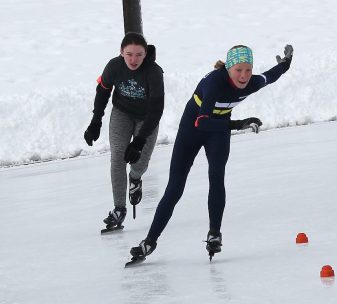 Hanna Kluck takes a lead over Hillcrest teammate Autumn Silk into the final straightaway of the 400 in a sixth-grade race. (Bill Foley photo) 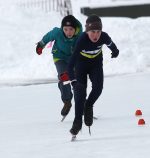 JIm Bradshaw of Butte Central races to hang onto his lea over Mason Leber of Margaret Leary in a fifth-grade race. (Bill Foley photo)

Max Kluck of East Middle School makes his final turn on the 400-meter race during the Grade School Races in this Jan. 20, 2018 Butte Sports photo. 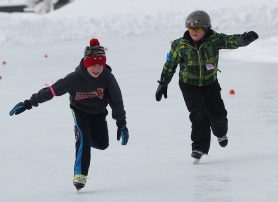 Kodye Kjersten of Margaret Leary, left, and Sawer Casey of West Elementary, race to the finish in a second-grade race. (Bill Foley photo)
Was someone you know mentioned in this article? Celebrate with an AllStar listing!