Saluting Our 2020 Seniors: Russo and McGree

This week, we shine the spotlight on Catherine Russo of Butte High and Thomas McGree of Butte Central. Both will be taking their talents to the collegiate level.

Butte High: Catherine Russo
In her four years at Butte High, Russo only competed in one event. Boy, did she turn that into a memorable career, however.

Russo won eight individual state swimming championships in four years, sweeping the titles in 50-yard freestyle and the 100 butterfly all four years. She surely would have won more if swimmers were not limited to individual events at the state meet.

In November, Russo signed to swim for Ohio State. She committed to the Big 10 school the previous March.

Before the 2019-20 school year began, Russo qualified for the 2020 U.S. Olympic Swim Team Trials at the 2019 Futures Games in Des Moines, Iowa. Those trials have since been pushed back to 2021 because of the coronavirus.

Russo, who is a nominee for the 2020 Little Sullivan Award, is also a valedictorian of the Butte High Class of 2020, which graduates Wednesday night at the Butte Civic Center. 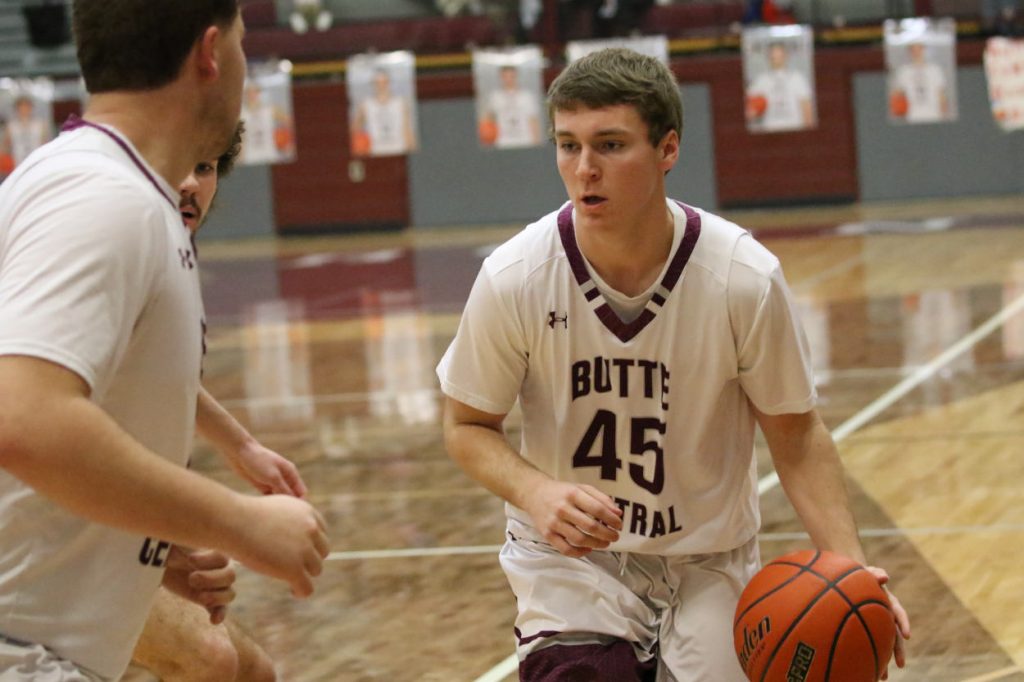 Before that, McGree put up a great season for the Maroons on the football field.

McGree passed for 2,272 yards and 19 touchdowns in nine games for the Maroons, who won five of their last six games to qualify for the playoffs. He also ran for 510 yards and 11 touchdowns.

In a win over Corvallis on Sept. 20, McGree became the first Maroon to have a hand in six touchdowns in a game since Danny Peoples in 2014. The next week, McGree did it again at Stevensville.

McGree played a good part of the season with a cast to protect a broken bone on his left hand. He could not take a snap under center. McGree also had to play through a severe cut on his throwing hand late in the season.

And, since he is a McGree, Thomas would have been a key figure for the Maroons, who were hoping to make a run at a state crown in track this spring.

In December, McGree signed to play football at Carroll College, joining his brother Nate on the Saints roster.