For many years, we suspected that Butte High and Butte Central would each have an outstanding senior class of athletes for the 2019-20 school year.

Those seniors have proven the suspicions correct and then some by giving us four years of memorable performances that have spanned the fall, winter and spring.

The COVID-19 pandemic, however, is preventing the Class of 2020 from ending their high school careers in the celebrated style that they deserve. The spring season is suspended through April 24, and likely beyond.

The Montana High School Association announced last week that the season will be wiped out if students, who have been out of school for more than a month, do not return to in-person instruction by May 4.

So, Butte Sports has teamed up with KBOW and KOPR to salute our 2020 seniors. This week, we start a series in which we will spotlight, in no particular order, a senior who has had an outstanding career from each school.

The first athletes in the spotlight are Guido Ossello of Butte Central and Kira Mortensen of Butte High. Both athletes will continue their athletic careers at the college level. 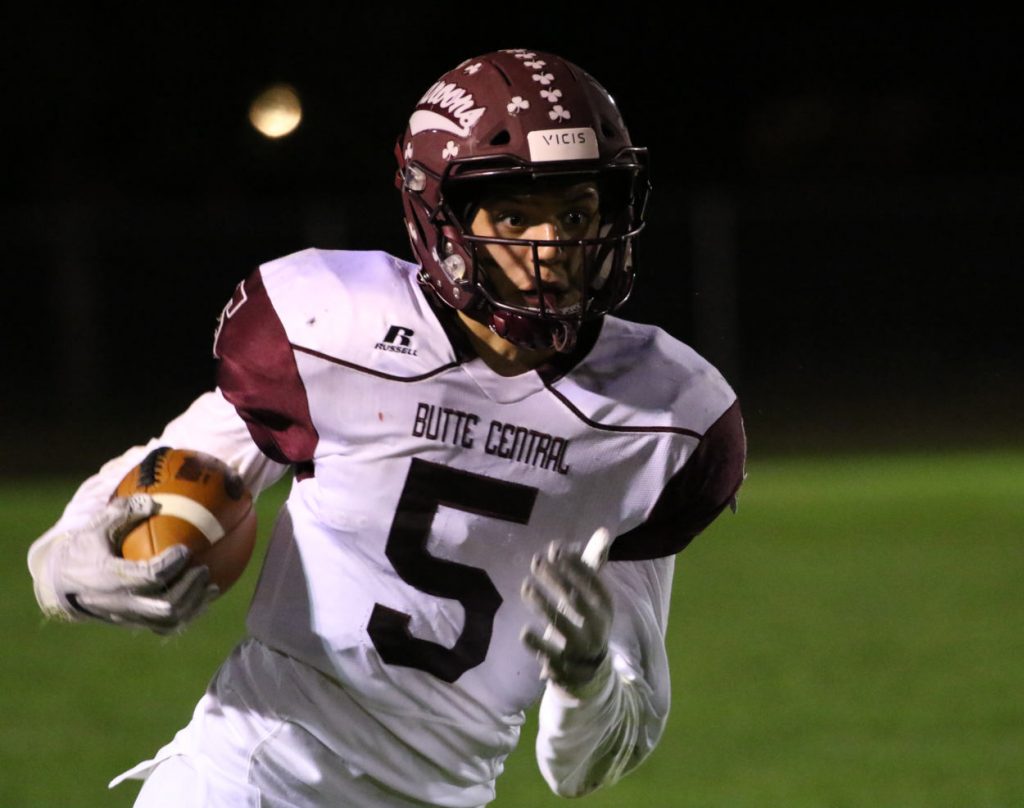 Guido Ossllo heads to the end zone for one of his two touchdowns Sept. 27 in Stevensville. (Butte Sports file photo)

Guido Ossello
As a sophomore, Ossello decided to walk away from football to play golf for Butte Central. This fall, he will join the football team at the University of Montana.

Ossello hit a growth spurt and rejoined the BC football team as a junior. He was a captain for the Maroons last fall. He was listed at 6-foot-3, 195 pounds on the Maroon roster, and he seems to get taller by the day.

Despite starting the season with a hand injury, Ossello hauled in 39 passes for the 688 yards and seven touchdowns as a senior. He averaged 17.9 yards per catch while earning All-State honors at receiver.

Ossello also stepped in for injured Thomas McGree to start a game at quarterback for the Maroons. On defense, he picked off two passes as a senior. Ossello was selected to represent the West Side in the 2020 Montana East-West Shrine Game.

On the tennis court, Ossello was looking to compete for a trip to the Class A State tournament for the fourth straight year. He will pair with classmate David Granell if the season is allowed to be held.

Ossello is the grandson of former University of Montana head football coach Mick Delaney, who will tell you he can still beat his grandson on the golf course.

Thankfully, Ossello returned to the gridiron. 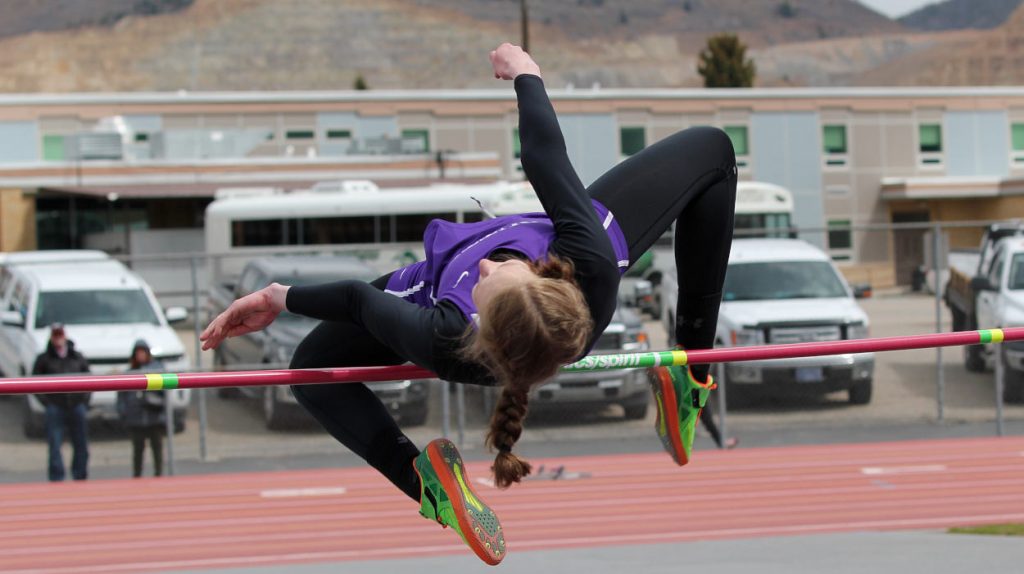 Kira Mortensen
Mortensen quickly made a name for herself as 6-1 freshman at Butte High School.

Last month, now standing 6-2, Mortensen signed to play volleyball for NCAA Division III power California Lutheran in Thousand Oaks. She will be the second college volleyball player in her family. Her mother, Laura, put together a Hall of Fame career at Montana Tech.

Even though her career was hampered by injuries, Mortensen will long be remembered by the Bulldog faithful.

Mortensen contributed on the Butte High volleyball and basketball teams as a freshman, sophomore and junior. She was heading for an All-State performance before a knee injury cut her final Butte High season short.

On crutches, Mortensen could only watch as the Bulldogs qualified for the Class AA State tournament for the first time in more than a decade. Still, she wore her full uniform for her Senior Day introduction.

As a sophomore and a junior, Mortensen was named Butte High’s offensive player of the year. She earned Academic All-State four years in volleyball and all three years she played basketball.

In the spring, Mortensen was a contender in the high jump. A healthy spring would have likely led to a trip to the Class AA State meet.