Saluting Our 2020 seniors: Doyle and McClernan 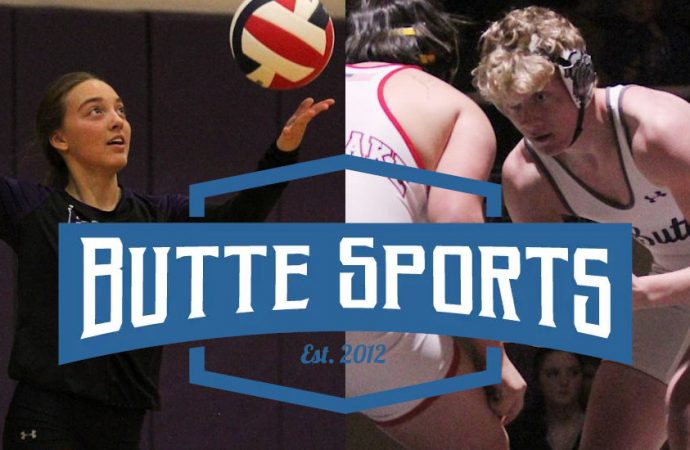 Sydney Doyle and Myles McClernan are shown in these Butte Sports file photos.

Sydney Doyle
She was a valuable piece of Butte High’s volleyball team. She split setter duties, running Butte High’s attack as the Bulldogs qualified for the Class AA State tournament for the first time in 13 years.

As a junior in tennis, Doyle and teammate Sierra Meza came within one win of advancing to the state tournament. She was looking to take that next step before the season was wiped out this spring.

Doyle, a recipient of the Mariah Daye McCarthy Scholarship, was also voted Homecoming Queen in 2019. She plans to attend Montana Tech and major in nursing.

Myles McClernan
He hand a hand in perhaps Butte High’s biggest play of the season in 2019.

After teammate Scout Allen raced down a Billings West receiver to force a fumble inside the 1-yard line in the Class AA semifinals, McClernan caught the ball out of the air to give the Bulldogs the touchback.

It was just another example of McClernan coming through for Butte High when called on. He provided solid play on the defensive line all season.

McClernan also had a standout senior season on the wrestling mat. He placed sixth at 182 pounds at the Class AA state meet in Billings.