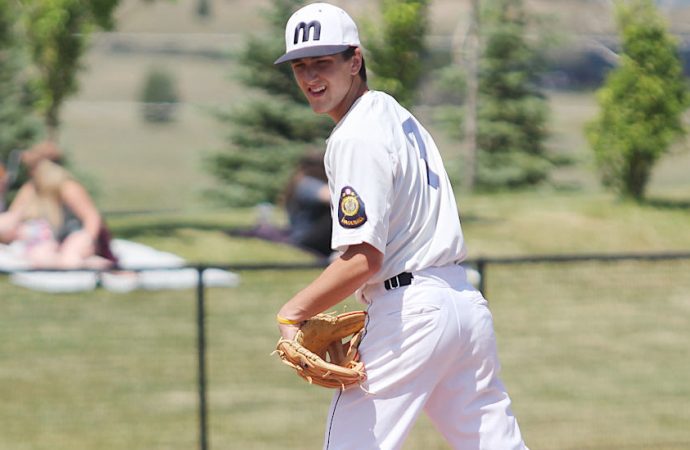 Rylan Richards is following his baseball dream, and the next stop is Dickinson, North Dakota.

The Butte High senior verbally committed to play baseball at Dickinson State University. He made up his mind to play for the Blue Hawks on Monday, and he confirmed his committee later in the evening.

“I have been thinking, and it was really just the best place for me to be,” Richards said “Everything just made sense. I knew it was time.”

He will sign an NAIA Letter of Intent in the next week or so.

Even though his speed stands out in the outfield and he has a solid bat, Richards will focus on pitching, which is his favorite part of the game.

“Over the past four years, I kind of fell in love in with pitching,” Richards said. “That’s what I want to do.”

He said he loves putting the game in his hands.

“Being in control of the game and being able to read people, I just really like that aspect of the game,” he said.

“That’s what I see him as,” LeProwse said of Richards pitching. “He’s super athletic, but he’s got some potential as a pitcher. He can chuck it.”

While throwing a bullpen session during a recruiting visit, Richards was clocked at throwing his fastball 83 mph.

“That was probably just walking up and not even throwing,” LeProwse said. “I wouldn’t be surprised if he was mid 80s pretty consistent this year.”

Richards, who is working on a cutter, has a solid slider in his arsenal was well. LeProwse said it is his out pitch.

In fact, LeProwse said he heard opposing hitters refer to that Richards slider as “nasty.”

“He can be really nasty out,” LeProwse said. “He’ll be fun to watch. He’s got some pop on his fastball, and I think he’s going to grow a little bit more. I don’t think he’s peaked.”

Richards lettered three years in football at Butte High. He picked off a pass and broke up two more as a defensive back this past season. He added an interception during Butte High’s run to the Class AA state title game in 2019.

He also returned kicks for the Bulldogs, taking advantage of his speed and quickness.

Surely, some college football coach would have signed Richards, but he did not want to go that route.

“I never really pursed that,” Richards said of football. “It wasn’t really a dream of mine. I never even made a highlight tape. I just always knew I wanted to play baseball.”

His love for the sport was something that has been apparent to Butte baseball observers for years. Richards, 18, rose through the ranks, playing for the Butte Muckers before joining the Miners. Last season, Richards was a key part of the Miners best season in recent memory.

He brought a competitive edge to the Butte team that went 28-16 overall and 28-8 against Southern A teams. One umpire ejected Richards after he called him out on strikes. Several others issued warnings.

“I get a little completive out there for sure,” Richards said with a laugh. “That’s what happens when you want to win so bad. I want to win everything.”

Richards is hoping that Dickinson is not the last stop in his baseball journey. He is hoping the road leads all the way to the major leagues.

“That’s my dream,” Richards said. “I knew since I started to play baseball.”

Richards, who is the son of Tom and Traci Richards, plans to major in business finance at Dickinson State. His younger sister Emmarie is a sophomore on the Butte High girls’ basketball team.