Rye Vincent stepping up to play for Butte Cobras

The Butte Cobras will have some daredevil blood during the 2022 season and beyond.

Vincent, 17, is the son of Matt and Alicia (Knievel) Vincent. He is the grandson of legendary daredevil Evel Knievel.

He is also apparently a very good, hard-nosed hockey player.

“He has all the makings of a superb hockey player and the mental fortitude of a panther on the prowl looking for his next meal.”

Those are the words of Wacy Arndt, Vincent’s coach on the Montana Big Sky Stars AA, a team that recently competed in the USA Hockey National Championships in Irvine, California.

“No one hits, digs, works, competes, contests or sacrifices harder than this guy,” Arndt wrote of Vincent promoting the team in the lead up to the national tournament. “Give him an inch and he takes the mile. When opportunity knocks, he kicks the door down.”

Vincent has been playing hockey for about 10 years. He liked it enough to devote all of his extracurricular time to the sport, passing on the opportunity to play football, basketball and baseball.

“I love hockey,” Vincent said. “I like how fast it is. Everything happens supper quick.”

That earned Vincent second-team All-State honors while playing with the Class A level Bozeman team. 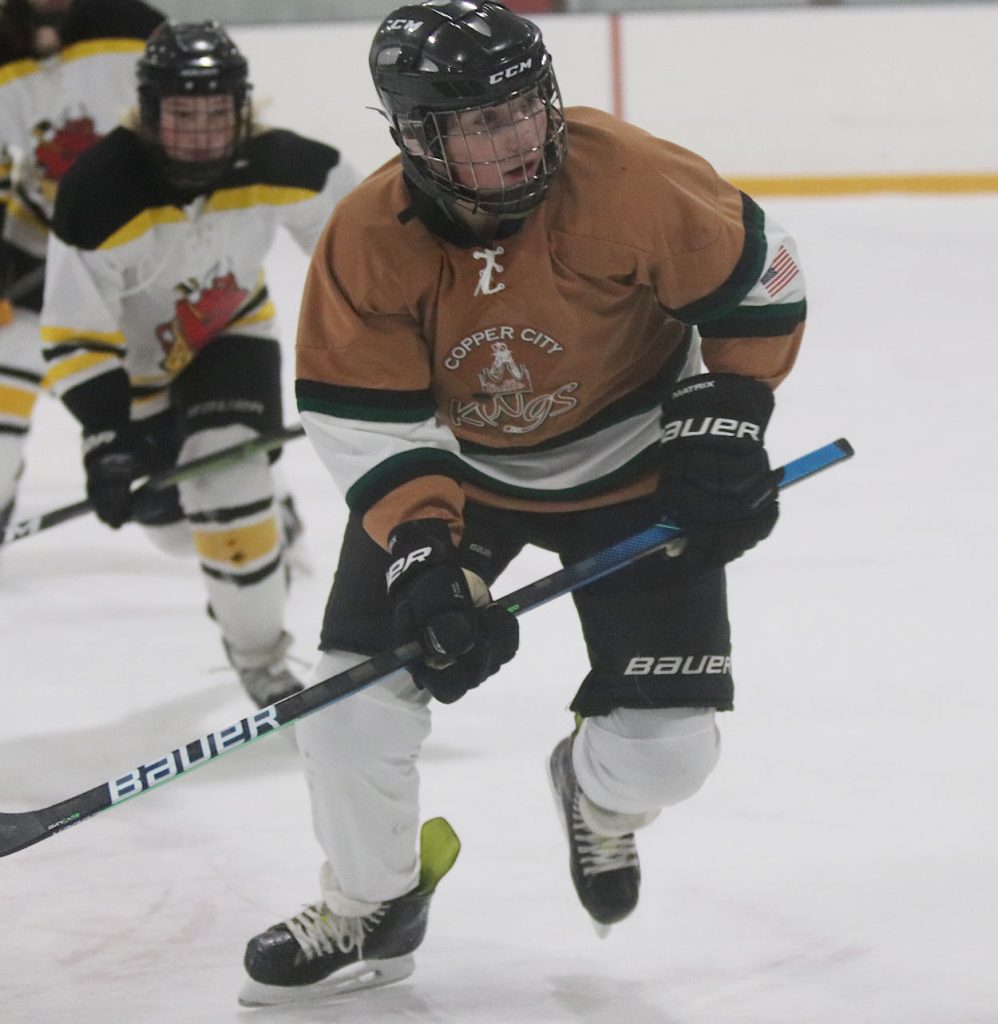 Now, Vincent is eager to learn under new Cobras coach Kirk Golden, who was a teammate of Sidney Crosby at Shattuck-St. Mary’s prep school in Faribault, Minnesota. Vincent signed with the Cobras on April 19. The team announced the move on its website this week.

“He will play at a level of hockey he has never played with before with Cobras,” Matt Vincent said of his son. “It’s a great opportunity for him, and he gets to play in front of his home town.”

With the Cobras, Vincent will get the chance to play again with former Copper City Kings teammate Noah Williamson. He is also excited about playing against some of his former Big Sky Stars teammates in the NA3HL.

Vincent will actually play for three teams to start the 2022-23 season. In addition to the Cobras, Vincent will be a member of the Bozeman Class AA high school team and the Montana Wolves U18 team. His younger brother, Rigley, an eighth grader at East Middle School, will also play in Bozeman and on the Wolves U14 team.

Last season, the Butte Cobras qualified for the NA3HL Fraser Cup Championship, where they fell in a first-round series with Bozeman.

In the NA3HL, players can compete into their age-20 season. Players are routinely scouted by college coaches around the country. The league opens doors to future opportunities.

That is ideal to Vincent, who plans to take his playing career as far as he possibly can.

“I’m not sure, yet,” said when asked about the possibility of playing professionally some day.  “I definitely have a long way to go.”

No matter how far Vincent ends up going, Mining City fans will have a front-row seat to witness his next big step.