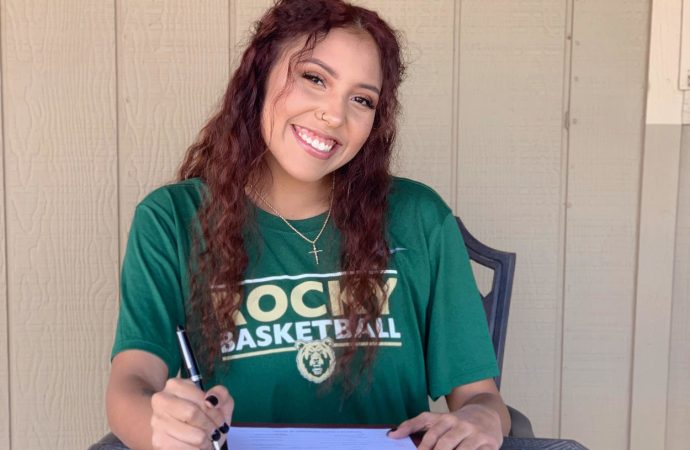 As a sophomore she earned All-Conference and All-Region honors while also being named a NJCAA Second Team All-American.

“We are very excited that Shauna chose to continue her education and basketball career at Rocky,” Keller said.  “She has the ability to score and rebound the basketball. Shauna is a coach’s kid and understands the game. We look for her to make an immediate impact on our program. She is a winner.”

Bribiescas will enter Rocky Mountain College with a 3.7 GPA and plans to major in communication studies. Bribiescas is the daughter of Henry and Valerie Bribiescas.

“I chose Rocky Mountain College because the basketball program has a solid reputation for success and there is a family atmosphere on campus,” she said.