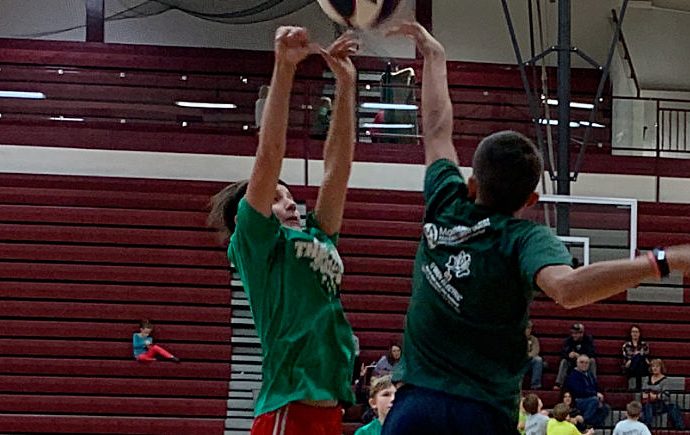 Max Pearston of the Furious Four shoots as Mitch Verlanic of the Butte Ballers defends Sunday at the MAC. (Courtesy photo)

Koda Schleeman, Joshua Sutton, Josh Liston and Joe Bradshaw make up the Buckets, who hold a one-game lead over the Butte Ballers and the Mambas.

Games are played Sunday afternoon at the Maroon Activities Center Click the links below to see the standings and Week 5 schedules.