The Mad Ants and the Pit Water Pirates won the regular-season title during the third year of the Rock 3 on 3 Youth Basketball League.

The season-ending tournament will be held Sunday at the Maroon Activities Center.

Click the links below for Week 4 scores, standings and the tournament schedule. 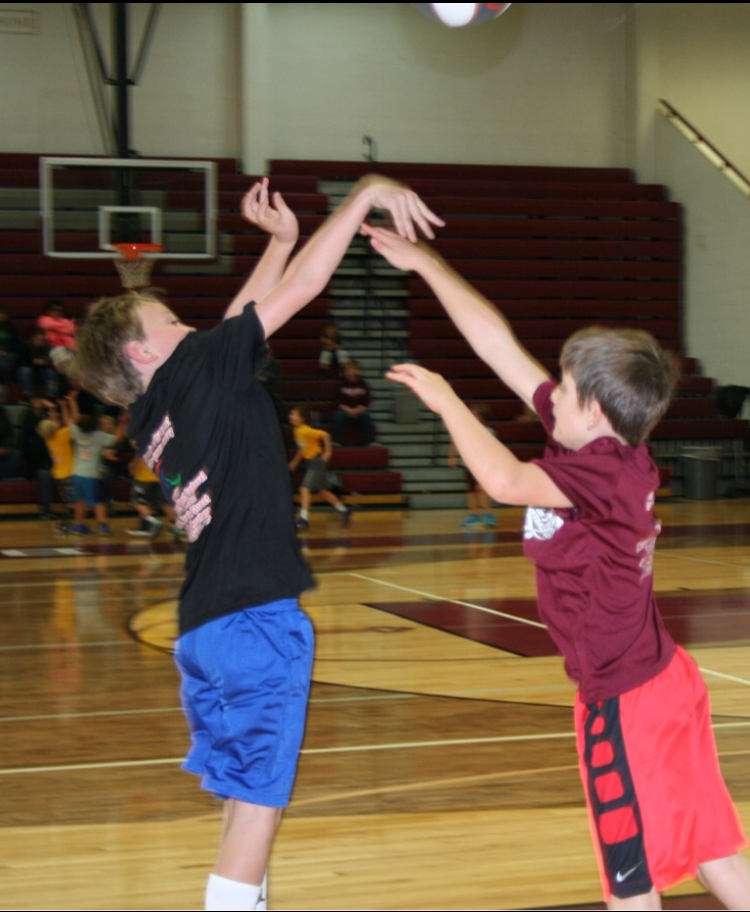 Raeder Gray gets a shot as Evan McEwen defends Sunday at the MAC. (Courtesy photo)