The Berkley Ballers II and The Mad Ants are still perfect in the league for player sin third- and fourth-grade.

The Pit Water Pirates improved to 4-0 to top the standings in the league for fifth- and sixth-grade players. Hudson Luedtke, Dylan Bache, Tocher Lee and Colton Shea make up that team.

Click the links below for standings, results and next week’s schedule. Please note: the sixth-grade schedule has been corrected. 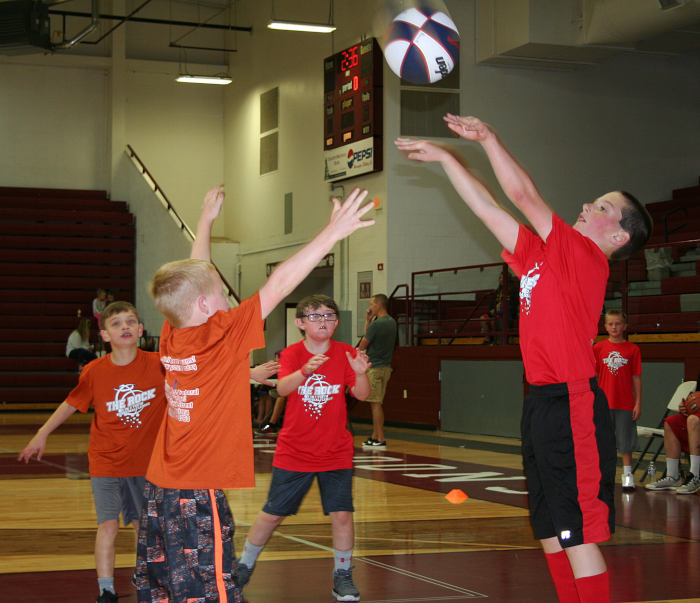 Colt Stenson gets off a shot as Ryan Linde defends Sunday at the MAC. Also shown in the photo are Teague Sullivan (red) and Hugh O’Brien (orange). (Courtesy photo)