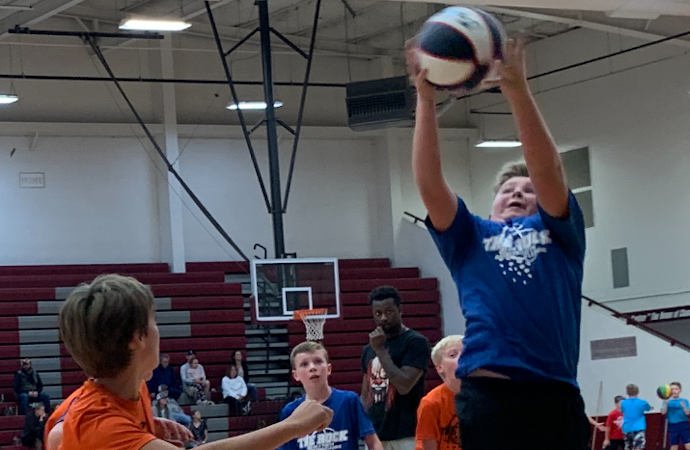 Grady Boyer of the team Lights Out pulls down a rebound. (Courtesy photo)

Five teams remain unbeaten after the first week of the Rock 3 on 3 Youth Basketball League.

In the division for fifth and sixth grade, Air Force, Lights Out and Rain Makers are 2-0 after the first week at the Maroon Activities Center.

The Net Rippers and Butte Ballers 3 are 2-0 in the division for third and fourth grade.

Games are played Sunday afternoons at the MAC. Click the lings below for scores, standings and next week’s schedule.