The third season of the Rock 3 on 3 Youth Basketball League Began Sunday at the Maroon Activities Center.

Each team played a pair of games, and only two teams in each league won both. 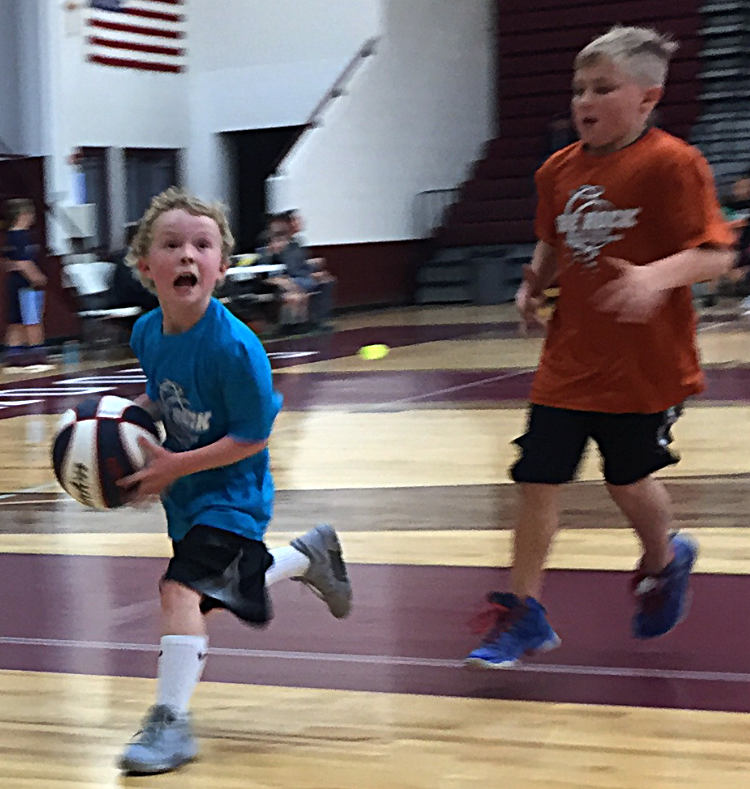 Bo McGree take the ball to the hole in front of Grady Boyer Sunday at the MAC. (Courtesy photo)

The Berkley Ballers II and The Mad Ants were perfect in the league for third- and fourth-grade boys. Kodye Kjersten, Colt Stenson, Brson Hibbert and Teague Sullivan play for the Ballers. Carsen Gillis, Andrew Richardson, GG Fantini and Joe Bradshaw make up the Ants.

The league has a record number of players this season. Click the links below for scores, standings and next week’s schedule.