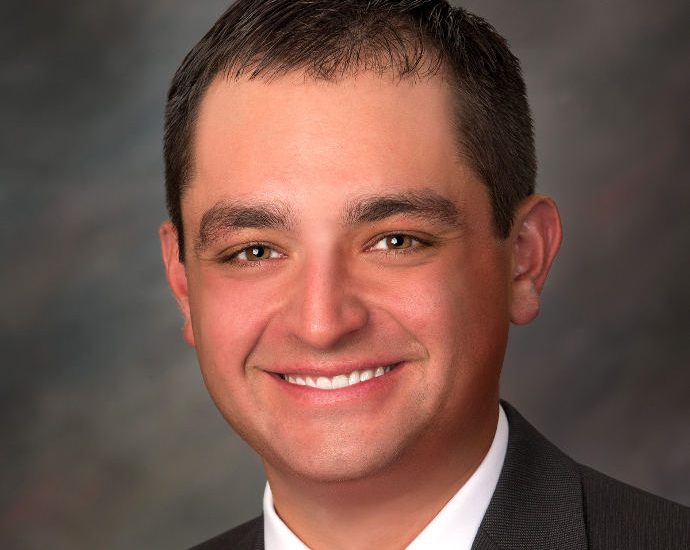 Montana native Riley Corcoran has been named the new “Voice of the Griz.” As the voice of Montana Athletics, Corcoran will serve as the play-by-play broadcaster for the Griz football and men’s basketball teams, and host those sports’ seasonal coaches’ shows.

“Riley is incredibly talented, and we are certain Griz Nation will embrace his great work and look forward to hearing him week in and week out over the airwaves,” said Tom Boman, vice president, broadcast operations for Learfield, UM Athletics’ multimedia rights holder.

“We did not take this lightly. We conducted an exhaustive national search to determine the best candidate. We were fortunate not only to find the best talent but someone who has significant ties to Montana.”

Grizzly Sports Properties is Learfield’s local team in Missoula that works closely with Boman and Montana Director of Athletics Kent Haslam and his administration, and has direct oversight of talent and station affiliates associated with the Montana Grizzly Sports Network.

“We welcome Riley to the Griz family and look forward to listening to him call football in a few short months,” said Haslam.

“We’ve been communicating with Learfield regularly during this search process and know they’ve been extremely diligent in identifying the best talent for our program. We are certainly excited about what’s ahead.”

Corcoran grew up in Billings and joins the Griz from Montana State, where he served the last three years as voice of the women’s basketball program. He also called a handful of football and men’s basketball games.

Additionally, Corcoran was a member of the football broadcast team and part of the pregame and postgame shows. He also helped host the weekly one-hour coaches’ shows that covered all Bobcat sports.

Prior to returning to his home state in 2013, Corcoran was director of media relations and broadcasting for the Wilson Tobs, an amateur baseball club in North Carolina. He hosted the team’s pregame show and handled play-by-play duties for the team’s 61 games.

His additional experience includes serving as a sports reporter for the Billings Gazette and as sports director for 630 The Fan in Boise, where he hosted a daily two-hour radio show that was awarded “Best Sports Program” in 2012 by the Idaho State Broadcasters Association.

That same year he earned “Best Sports Play-by-Play” honors from the ISBA, and in 2015 he was a finalist for “Montana Sportscaster of the Year” by the National Sports Media Association.

“I am truly honored and extremely excited to be the next Voice of the Griz,” said Corcoran. “As a Montana native, driving up to Missoula on weekends for games became a tradition, and I saw the dedication and passion for UM Athletics at a young age.

“I can’t wait to work with all of the great people in Grizzly Athletics and be the voice to the Griz faithful for many Big Sky championships in the years to come.”