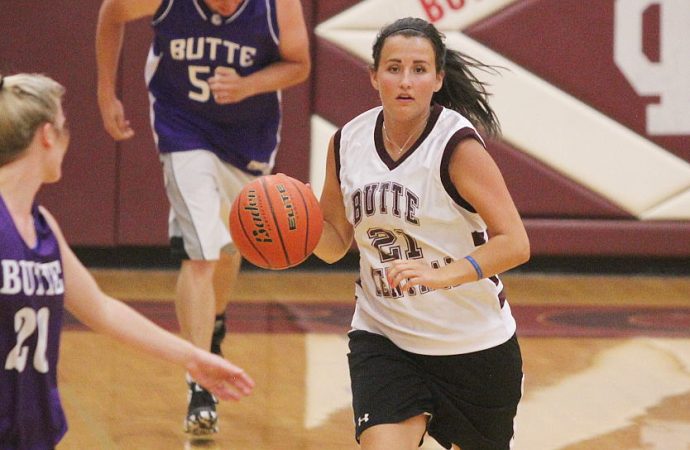 BILLINGS — Quinn (Peoples) Carter clearly made an impression in her career at MSU-Billings.

The school unveiled its Yellowjackets Women’s Basketball All-Decade Team this week, and the Butte Central graduate made the team as a reserve player.

Carter will go down as one of the best shooters in the history of the Billings school. While playing at MSUB from 2011 through 2015, Carter sank 236 3-pointers. That ranks No. 2 on the school’s all-time list. She scored 1,101 points in 118 games and started on the Yellowjackets’ NCAA Division II regional runner-up team during her junior season.

Before that, Carter helped lead Butte Central to the Class A State basketball title in 2011.

She averaged 17.4 points per game during that championship season. Carter, who earned first-team All-State honors in 2010 and 2011, finished her Butte Central Career with 1,224 points. That is second only to Butte Sports Hall of Famer Kellie Johnson’s 1,530 on BC’s all-time list.

In 2016, Carter served as an assistant coach on BC’s 2016 state championship team. She still coaches on the Maroon staff under head coach Meg Murphy.

Click here for more on the MSU-Billings All-Decade team.