Playoff game will be sixth for Colt Anderson 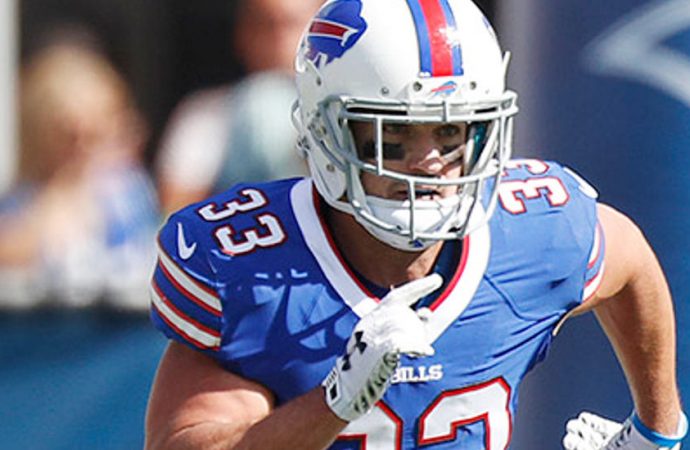 BUFFALO, N.Y. — When the Buffalo Bills play the Jacksonville Jaguars Sunday, it will mark the franchise’s first postseason appearance since 1999.

The game, however, will be the sixth in the postseason for Bills safety and special teams ace Colt Anderson.

Anderson, a former Butte High Bulldog and Montana Grizzly, has been in the NFL since he spent the 2009 season on the practice squad with the Minnesota Vikings.

He’s since played in two playoff games with the Philadelphia Eagles and three with the Indianapolis Colts.

Anderson returned from a broken arm to play in Buffalo’s win at Miami on Sunday. He missed 11 games after suffering the injury Week 4 at Atlanta.

Anderson, a 2004 Butte High graduate, hasn’t played in a playoff game since his Colts fell in the AFC Championship Game at New England following the 2014 season. That game, of course, is best known for the aftermath, which was the New England “Deflategate” scandal and Tom Brady’s eventual four-game suspension to start the 2016 season.

The Patriots went on to beat the Seattle Seahawks in Super Bowl XLIX.

In those five playoff games, Anderson has a total of four tackles and one kickoff return for 11 yards. Two of the tackles came in the loss to the Patriots.

Jan. 9, 2011 at Philadelphia
Packers 21, Eagles 26
Aaron Rodgers tossed three touchdown passes to lead the Packers to the victory that put a damper on the Philadelphia season that saw the Eagles win the NFC East with a 10-6 record.

Michael Vick threw a touchdown and ran for a score to lead the Eagles. Despite joining the Eagles off the Vikings practice squad midway through the season, Anderson was named a captain for the Eagles first home playoff game since 2006.

Anderson did not register a tackle.

Jan. 4, 2014 at Philadelphia
Saints 26, Eagles 24
Drew Brees threw for 250 yards and a touchdown as the Saints edged the Eagles in the Wild Card round. The game was the first playoff games for the Eagles, who won the NFC East with a 10-6 record, in three years.

Nick Foles, who will start in the playoffs for the Eagles this season, threw for two touchdowns in the loss. Anderson recorded his first playoff tackle in the loss.

Following the season, Anderson signed with the Colts as a free agent. He spent two seasons with the Colts before joining the Bills prior to the 2016 campaign.

Jan. 4, 2015 at Indianapolis
Colts 26, Bengals 10
Andrew Luck passed for 376 yards and a touchdown as the Colts rolled to the Wild Card victory. The win came after the Colts won the AFC South with an 11-5 record.

Bengals quarterback Andy Dalton was held to 155 yards and no touchdowns in the loss. Anderson picked up a tackle in the win.

Dan Herron ran for 63 yard and a touchdowns in the win. Manning threw for 211 yards and a touchdown for the Broncos. Anderson did not register a tackle.

Jan. 18, 2015 at Foxboro, Massachusetts
Patriots 45, Colts 7
Brady threw the allegedly deflated footballs for 226 yards and three touchdowns to lead the Patriots to the lopsided win.

LeGarrette Blount, though, was the star of the game. The bruising Patriots running back carried the ball 30 times for 148 yards and three touchdowns.

Luck was held to 126 yards passing in the loss. He threw a pair of interceptions.