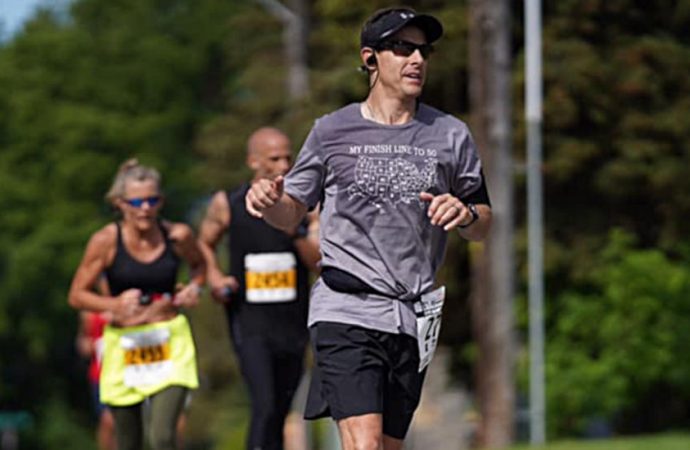 Ozzie Rosenleaf feels a bit out of sorts.

For the last decade and a half, the avid Butte runner was pounding the pavement and trails with one goal in mind: run a marathon in all 50 states.

Saturday at the Anchorage Mayor’s Marathon in Anchorage, Alaska, Rosenleaf reached that goal with his family cheering him on.

Rosenleaf, 45, ran his first marathon in Ashton, Idaho, in August of 2005. He hardly stopped running since.

One by one, Rosenleaf, a 1991 graduate of Anaconda High School who has now lived most of his life in the Mining City, crossed off each state.

That all came to an end Saturday when he crossed the marathon finish line in Alaska.

Rosenleaf finished in 3:24. That is 20 minutes slower than his fastest time, which came last year in Billings, but that was fine with him.

“I didn’t really pay attention to my pace,” Rosenleaf said during a phone call not long before boarding a boat to go whale watching in Alaska. “I just got caught up in all of it. It was just a crazy feeling.” 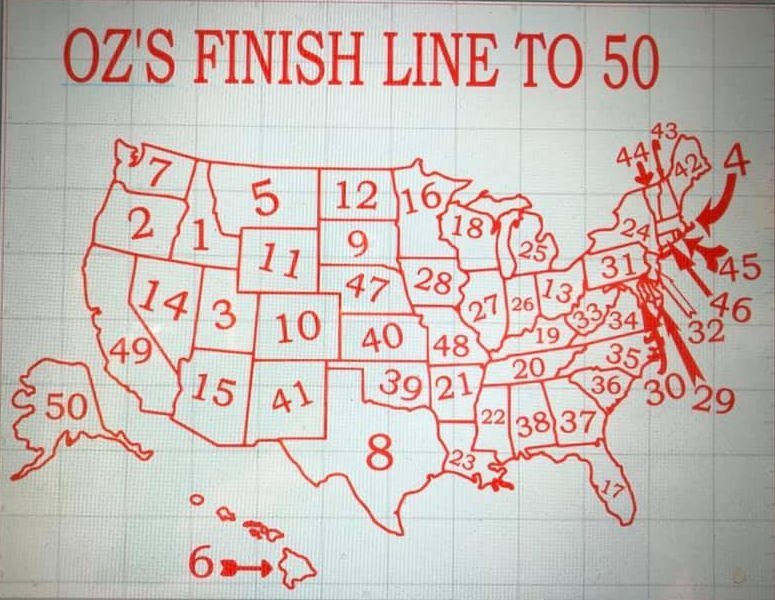 Family friend Kimberly Wood Sacry made this design for Ozzie Rosenleaf to wear as he completed his journey. (Courtesy photo)

Rosenleaf’s wife Sunvee, daughter Joby and son Jerek, some in-laws and some friends were on hand to cheer on the final 26.2 miles of the journey.

“It was pretty surreal,” Rosenleaf said. “I didn’t think I’d be emotional, but I kind of broke down when I crossed the finish line. I had all those people.

“Mile 10 it really started coming to me. Those last 16 miles everything I went through the last 15 years started going through me. It was crazy.”

The long journey included 61 marathons. Actually, his Wyoming run was well past the 26.2 miles of a marathon.

Along with his running partner Gary Hoar, Rosenleaf ran a 56-mile ultra-marathon in Wyoming.

“I might go back and just run a regular marathon,” Rosenleaf said.

“Just because it is so fresh, probably the one here, having everybody on the finish line,” Rosenleaf said. “Billings was great last year because my daughter and Josh ran me to the finish line. There are so many that are so special.”

The Anchorage race was certainly a beautiful one, Rosenleaf said.

“It is definitely one of the most scenic ones I’ve ever run,” he said. “It was cool. We ran on some mountain trails and down kind of close to the water.”

Thanks to family friend Kimberly Wood Sacry, Rosenleaf ran his monumental marathon with a special shirt. The shirt showed a map and order of each state he checked off on his way to 50.

“My wife got a hold of one of her friends and they came up with a pretty cool shirt,” Rosenleaf said. “If I could get mine washed, I’d be wearing it every day.”

Rosenleaf said training with a goal in mind is one of the best things about his long journey. He is having a hard time looking to the future now that his end goal is behind him.

Oh, there will be a next race. But does Rosenleaf know when or where that will be?