Jet Campbell, however, had his mind on copper.

The Orediggers will wear their copper tops when they take on Eastern Oregon at 6 p.m. on Saturday, Aug. 28th on the Bob Green Field. The “Copper Game” will be Tech’s first game since the Orediggers fell 38-23 Nov. 16, 2019 at home against Rocky Mountain College.

For Campbell, a 6-foot-4 redshirt junior quarterback from Billings, that seems like a lifetime ago. But he said it was time well spent.

“Those two years that we didn’t have football, we got the chance to come together as a team,” the former Billings Central Ram said. “That gave me a chance to build up my leadership, just calling plays from memory and just building trust with the guys.”

The quarterback who began his college career as a receiver now has the confidence of the locker room.

Campbell, who helped lead the Rams to the state championship basketball game as a senior, played quarterback in BC’s Wing-T offense in high school.

“I didn’t have a chance to throw much or show anybody what I can do,” he said.

Then-Oredigger coach Chuck Morrell saw Campbell as a receiver. Campbell, who has grown three inches since his senior year in high school, practiced as a receiver during his redshirt season in 2017 and again during the spring of 2018.

After starting the 2018 season as a receiver, injuries forced Campbell into playing quarterback for the Orediggers. He played in six games, completing 61 percent of his passes while compiling 796 yards, eight touchdowns and four interceptions.

He also caught a pass for 20 yards that season.

Perhaps the play of that season came when the Orediggers busted out the “Philly Special,” and Campbell caught a 7-yard touchdown pass from receiver Kiley Caprara in a 17-14 home upset win over Southern Oregon. 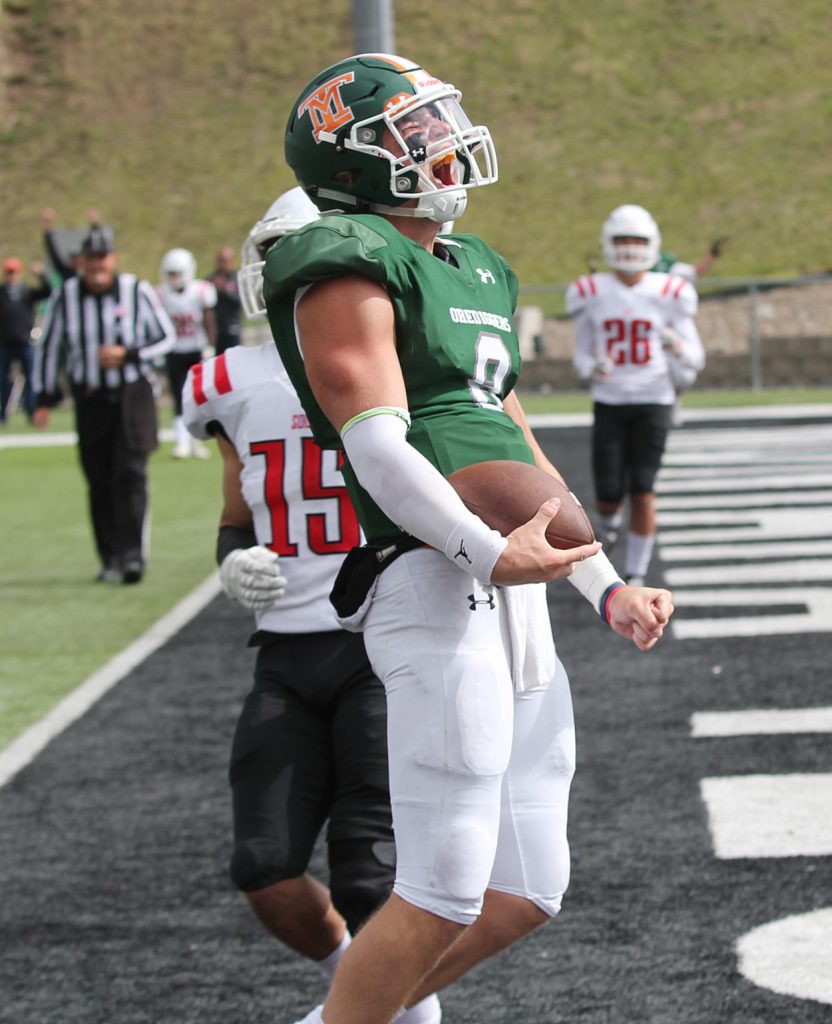 In 2020, Campbell was looking to big things entering his second year in coach Kyle Samson’s offense. Samson, who took over as offensive coordinator in 2019, was named head coach in January 2020.

The pandemic break left the Orediggers, who had a late spring camp following the end of the school year, to work out on their own. That meant lifting mostly alone. It meant team drills — without coaches.

It also meant a lot of mental reps for Campbell, who feels like he is prepared mentally and physically to play quarterback like never before.

“I’d say decision making for sure,” Campbell said when asked about his biggest improvement. “Overall knowledge of the game, I think. I dove into that on my own quite a bit — how to identify coverages, all that stuff. When your mind works quicker, your body doesn’t have to.

“Just making reads and knowing where the ball has to go before it’s actually open helps a lot.”

Returning to the field has also enhanced Campbell’s love of the game. He and his teammates are enjoying showing their coaches how much they worked on their own.

“I think the work is paying off a lot, and we’ve been looking really good this fall,” he said. “I’m just hoping we can keep it rolling.”

Campbell is not the only Oredigger excited about the upcoming season. With the schedule set, the Orediggers had about 70 players stay in town to work out together this summer.

“It was definitely the biggest group of guys in the summer that I’ve been around,” Campbell said. “We’ve all been freakin’ chomping at the bit. We’re all ready to roll.”

Campbell, an engineering student who earned Academic All-Conference honors his last two seasons, could come back for his “COVID year” next season. He said he might pursue a master’s degree and play that season for the Orediggers, but he is not sure.

“This entire last year has really been kind of spinning my head, but there’s going to be time to figure that out,” he said.

The one thing the quarterback does know, however, is the Orediggers are eager to show that the Frontier Conference coaches got it wrong when it picked them to finish sixth this season.

“I saw that,” Campbell said as he broke out a sly smile. “That’s OK.  I don’t have a problem with that. We know what we can do. If they don’t, it’s not going to be our problem.”

In 2021, Campbell and the Orediggers are preparing to take their place atop the conference for the first time since 2016.

“Honestly, I think the sky is the limit for this squad,” Campbell said. “We’ve got a lot of talent, we’ve got good coaching, a lot of camaraderie with the team. I’m as excited as ever. The spring scrimmage was the most fun I had in two years.”