Tech football team’s desire should not be in question

For those questioning the desire of Montana Tech’s football team following Saturday’s 30-27 loss to Rocky Mountain College at Alumni Coliseum, here are three names to consider:

Those are three offensive linemen who went above and beyond to try to give the Orediggers their seventh win of the season.

Hape is a senior who started at left tackle and played the entire game just six weeks after suffering what was thought to be a season-ending injury.

Whitley is a senior center, and Hopf is a junior right tackle. Both were helped off the field with what looked like significant injuries in the third quarter. 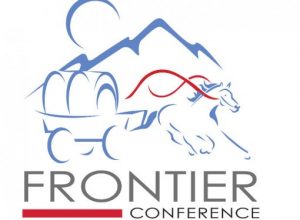 Fike, who ran for 149 yards and two touchdowns on the day, carried the ball eight times for 59 yards on an 85-yard game-tying drive in the fourth quarter. His 14-yard touchdown run capped that drive to tie the game at 20.

After the Battlin’ Bears quickly broke that tie with a 64-yard Mason Melby run, Quinn McQueary, clearly not 100 percent after several big hits over the course of the first eight games, led the next Tech comeback.

McQueary, shook off three earlier interceptions, to lead the Orediggers on a 75-yard drive to tie the game at 27.

During that drive, McQueary completed 6 of 8 passes for 56 yards. He also scrambled for a 12-yard gain one play before hitting Dion Williams for an 11-yard score.

In the end, the Rocky win was more about what the Bears did right than what the Orediggers did wrong.

Wins in the Frontier Conference are never something to take for granted, and losses are hardly ever because of a lack of effort or desire. That certainly wasn’t the case on Saturday.

The loss, which dropped Tech from No. 11 to No. 17 in the NAIA, stopped Tech’s 15-game home winning streak.

Tech fell 45-33 to Southern Oregon that day. The loss was the eighth straight for the Orediggers, who finished the season at 1-9.

Southern Oregon went on to win the NAIA national title that season, and the hard-fought loss, turned out to be a sign of good things to come for the Orediggers.

Tech went on to win the next two Frontier Conference titles.

Rocky’s win came 364 days after the Orediggers beat the Bears 62-10 on the Herb Klindt Field.

When asked about that game Saturday, Rocky second-year coach Jason Petrino instead focused on his Bears 16-3 home loss to Carroll College the week before.

“We didn’t play very well against Carroll,” Petrino said. “Now, I want to give Carroll all the credit in the world. They came out and just took everything from us offensively. We kept it close, but we just couldn’t everything going.”

Petrino said the Bears were intent on bouncing back in Butte.

“The thing we talked about all week is it’s OK to fail, but it’s not OK to quit,” the coach said. “We just talked about, ‘Guys, you know just because we had a bad day last Saturday doesn’t mean we have to have a bad this Saturday.’

“I’m proud of our players and I’m proud of our coaches,” Petrino added. “It wasn’t easy to get out and practice Monday and Tuesday after taking that loss, but our kids stayed resilient. I’m excited for them and just happy they could get the win.”

To put the 539 yards into perspective, that is more yards on the ground than the Saints ran for in their previous four games. In games against Rocky, Tech, the College of Idaho and Southern Oregon leading up to Saturday’s win, the Saints ran for a combined 459 yards.

At 8-0, No. 7 Southern Oregon has already clinched at least a tie for the Frontier Conference title. The Raiders also appear to be peaking at the right time.

Southern has outscored its last two opponents — the College of Idaho and Montana Western — by a combined score of 80-26.

The Raiders can clinch the Frontier title outright with a win Saturday against Northern in Havre.

Sure, anything can happen, especially in the Frontier Conference, but it would take a monumental upset for Southern Oregon to not be celebrating the league championship on the way home.

The Lights are 0-8 in the Frontier, and almost all of those losses were blowouts.

While Montana Tech has a couple of candidates for the Frontier Conference Offensive Player of the Year award in McQueary and Fike, Southern Oregon senior quarterback Tanner Trosin just might be the front runner for the honor.

Trosin, who passed for 502 yards and three touchdowns at home against Western Saturday, has passed for at least 304 yards every game this season.

He’s completed 64 percent of passes for 2,887 yards and 20 touchdowns. He’s been picked off just three times.

McQueary, meanwhile, is competing 66 percent of his passes. He’s racked up 2,585 yards and 23 touchdowns. He’s been picked 10 times.

With two regular-season games left — and possibly the playoffs — it’s safe to say that Saraceni’s record is not safe.

The College of Idaho went on the road to beat Eastern Oregon 38-20 Saturday. The win gave the Coyotes their first season sweep of the Mountaineers since COI joined the conference in 2014.

One obvious key for the Coyotes’ success was that COI did not turn the ball over in the win.

According to the school’s sports information department, that marks the first time in 15 games that the Coyotes did not turn the ball over at least once. It was the fourth such time since COI brought back the football program in 2014.

With 109 yards rushing in the Bulldogs’ loss at Southern Oregon, Western senior running back Hunter Thomsen has 858 yards on the season.

Bolton’s previous record was just under 1,000 yards. Rutherford, then a sophomore, finished with 1,061.


Finally, during a season in which the national anthem at football games has been the subject of a national debate, the Star Spangled Banner brought two teams and their fans together Saturday in Butte.

The mic skipped in and out several times, but Larson, an old pro, didn’t hesitate.

Once he realized the mic was not going to come through, Larson turned to the Orediggers, who started to sing along. Then Rocky’s players and coaches started to sing, and the crowd, young and old, soon followed.

A day before the NFL had yet another national anthem protest, Alumni Coliseum was the site of an almost 3,000-people patriotic sing along.