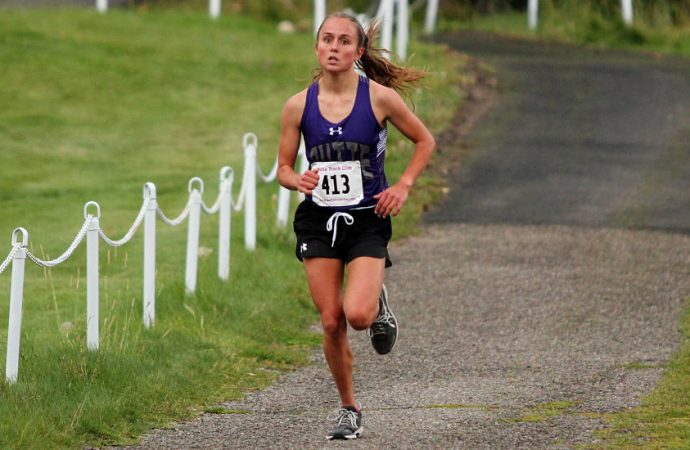 GREGSON — Hailey Nielson was so focused Tuesday that she didn’t even realize she was basically running by herself.

“I was just trying keep going and just get as far ahead of them as I could,” Nielson said after picking up her first career varsity victory in dominating fashion. (Results)

Nielson took the lead from the opening gun and extended it throughout, sprinting hard to close out the win.

“That was the game plan going in, just to crush it and see what she had,” Butte High coach Guy Wadas said.

What Nielson had was even better than the coach expected on a course that is notoriously slow, especially in the wet conditions of Tuesday evening.

“I was a little surprised, too,” Wadas said. “I looked at the results and some of these girls had faster times. So she had some pretty good competition going in. It was a very good race for her.” 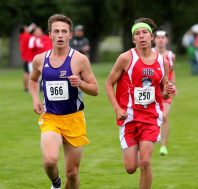 Thomas Hicks of Livingston, left, and Justin Burd of Browning 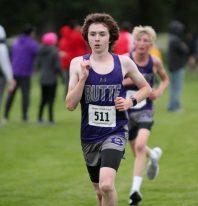 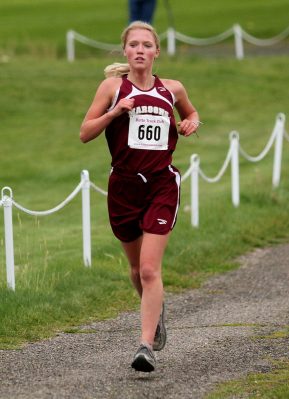 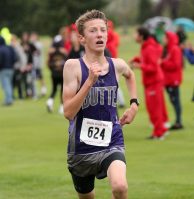 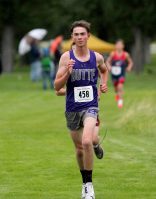 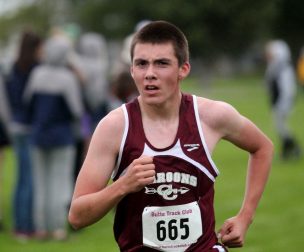 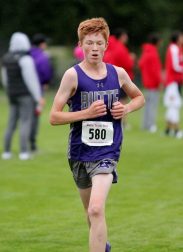 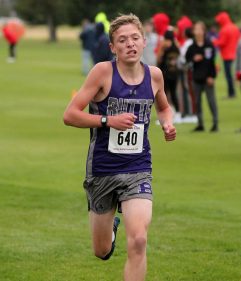 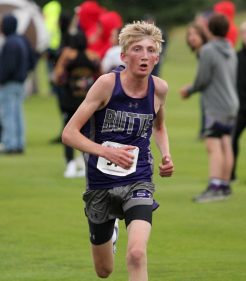 The meet was the season-opener for the Bulldogs, and Nielson’s opening success was a product of hard work over the offseason.

“I’m feeling really strong, actually. We’ve just got to keep getting better from here on out,” Nielson said. “I trained all winter and summer with coach Wadas. He really helped me, and I’m very thankful for that.”

Only Browning and Butte High had enough runners for a girls’ team score. Browning topped the Bulldogs 25-34 for the title.

Rain fell as the boys ran, and Livingston won the team title with 26 points. Browning was next at 69, followed by Butte High at 68, Anaconda at 113 and Stevensville at 115.

Livingston freshman Thomas Hicks claimed the individual title with a time of 17:38. Justin Burd and Jeremy Bockus of Browning followed in 18:11 and 18:13. After Livingston’s Max Stern’s 18:27, Anaconda’s Leeroy Wilson placed fifth in 18:32.

Sophomore Brady Maloughney led the Bulldogs, placed 12th in 19:19 to lead the Bulldogs. The Bulldogs placed five runners between 12th and 18th place, and that was something Wadas was happy to see.

“We executed pretty well,” the coach said. “The pack running was phenomenal. I’ve been preaching that for three years. We finally got it.”

Also for the Bulldogs, freshman Ryan Tomich finished in 20:23, and sophomore Damian Young crossed in 20:29.

The meet was the third of the season for the Maroons, who ran on Saturday in Belgrade. BC and Butte High will run again at the Bozeman Invitational on Saturday.

Wadas said his team will look to build on Tuesday’s strong start.

“Coming in, this was just to see where we’re at,” he said. “Saturday is going to be the real deal. It’s really going to tell us where our fitness is at.”