Mustangs run for Jeremy and for kindness 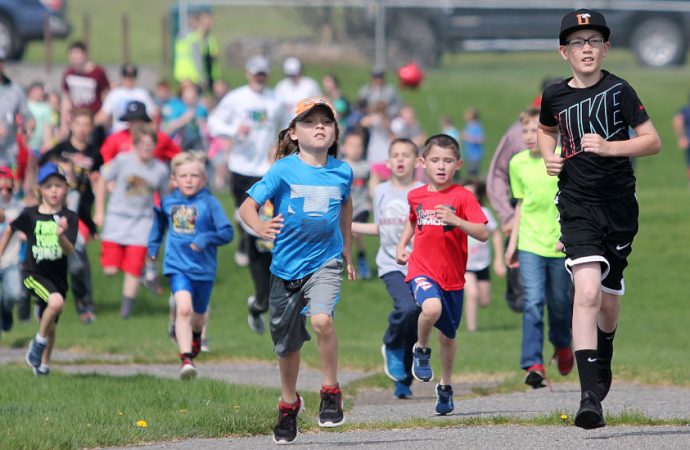 The story is a tough one to tell.

On April 12, 1994, 10-year-old Jeremy Bullock was shot and killed on the playground at Margaret Leary Elementary School in Butte.

The shooter, who was also 10, was trying to shoot another boy who he said was being mean to him.

On Friday morning, about 400 Margaret Leary Mustangs ran in the inaugural Jeremy Bullock Fun Run. Along with some parents and grandparents, about half the students ran the 5-kilometer race. The other half ran or walked the 1-mile event.

The students running 1 mile held signs and cheered on the 5K runners before beginning their race. Both races finished on one of the soccer fields of the Jeremy Bullock Complex.

Margaret Leary Principal Jennifer Luoma said the event is a way to remember Bullock and the lessons from the tragedy without focusing on the shooting.

“We want the kids to know the story, but we want to put the focus on who he was and to be kind,” she said.

Members of the Bullock family participated in the event, including Montana Gov. Steve Bullock, a Democratic candidate for president. The governor is the uncle of Jeremy Bullock.

Gov. Bullock drove all night after his plane was delayed by weather in Salt Lake City to make the event. He finished just behind 12-year-old his son, Cameron, in the 5K. He then joined family members at the end of the 1-mile walk.

“It’s great the Margaret Leary does this — 25 years after Jeremy was shot and killed on this playground — to be a constant reminder of the importance of kindness and decency,” Bullock said. “It’s so cool to see. It really, really is.”

The governor said he talked to his son about Jeremy during the run.

“Cam and I ran the three miles, and he was asking questions about who would have been his cousin,” Gov. Bullock said. “These kiddos wouldn’t have known a thing about the tragedy, but hopefully what they see is the continuing growth to kindness.” 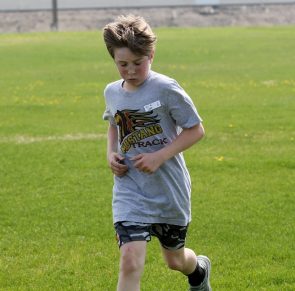 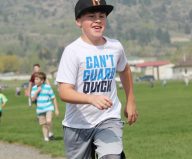 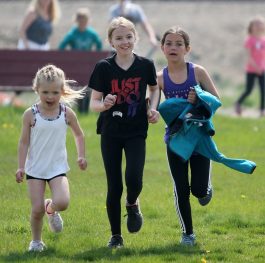 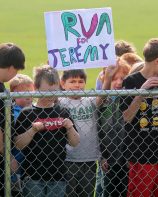 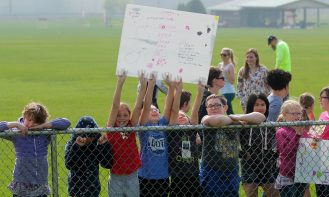 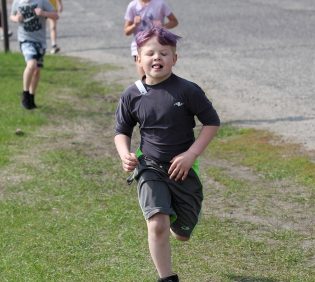 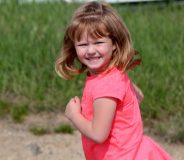 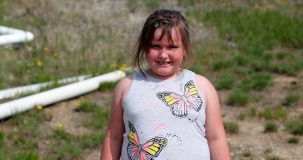 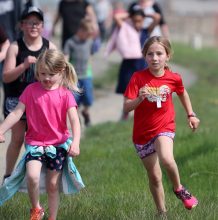 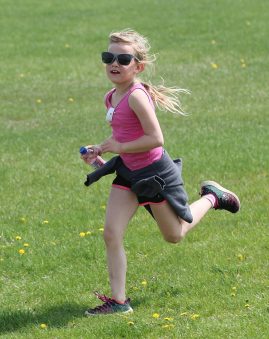 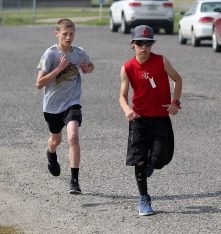 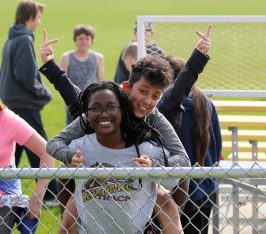 The top boy and girl in each grade — kindergarten through sixth — received a Dairy Queen gift certificate.

The winners were Eli Smith and Dylann Bartoletti in sixth grade; Hazlynn Hoffman and Cole Coyne in fifth; Jaeger Hansen and Allie Becker in fourth; Kodye Kjersten and Evie Smith in third; Ryan Bache and Shirlee Schwemin in second; Kaylor Smith and Grace Killoy in first; and Pacee Klimpel and Ava Kuchtyn in kindergarten.

Before the awards were handed out, Gov. Bullock addressed the students.

“How many beat me in the 5K?” the governor asked as almost every student raised a hand. “Oh, come on. Did I beat anyone?”

Bullock then told the students he was Jeremy’s uncle. He reminded them the importance of being kind and including other students.

“If there’s one thing you should take out of this — in addition to beating the governor in running — is to remember the lessons in kindness,” he said.

Similar sad stories have been told over and over as the nation has seen a steady stream of school shootings in the 25 years since Jeremy Bullock’s tragic death.

Luoma said kindness just might be the key to combating such senseless tragedies.

“My mission is to get kids to be nice to each other,” the principal said. “That’s going to be the difference maker.”