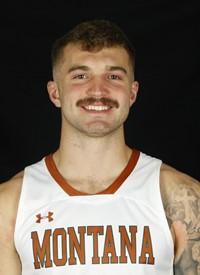 Bellach, a 6-foot-7 junior forward, joined the Orediggers before last season as a transfer from Montana State. Last season Bellach averaged 15.2 points a game and 4.1 rebounds. The Manhattan High School product shot 44.1% from the field and 39.6% from three point range. Bellach was named first team all-conference and was an Honorable Mention All-American.

Rooney and Urick were both second team all-conference selections last year. Rooney, a junior from Townsend, Montana, nearly averaged a double-double last season leading the Orediggers in scoring with 12.3 points a game and rebounding with a 9.4 average. Rooney had 12 double-doubles last year.

The Montana Tech basketball teams have started practice in preparation for their first games. The Oredigger men open the season at home against Portland Bible College on October 29th. The Oredigger women’s team host Dickinson State on November 4th as part of the Montana Tech Tip Off Tournament.