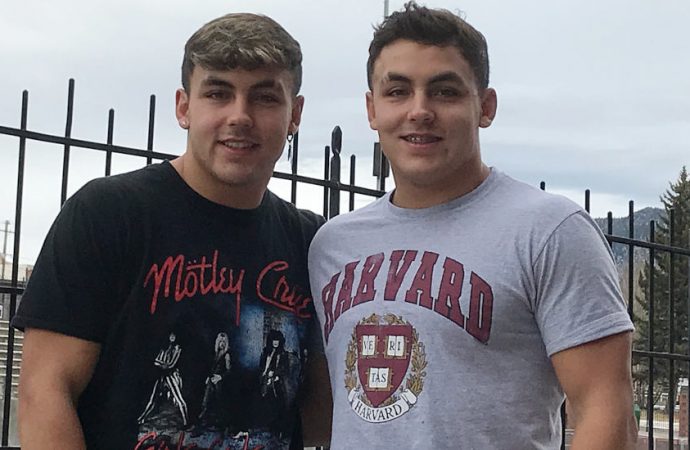 Count Kameron and Kobe Moreno as two guys who were happy to hear Kyle Samson was hired as the next Montana Tech football coach.

Within minutes of the Montana Tech announcement Tuesday morning, the Butte High senior twins told Butte Sports that they are committing to play football for Samson’s Orediggers.

“He’s a high-energy guy,” Kameron Moreno said of Samson after wrestling practice Tuesday evening. “He wants to win, and I want to be around that kind of stuff.”

The brothers will officially sign with the Orediggers at a ceremony at 8 a.m. Friday at Butte High’s Richardson Gym.

“I think it’s awesome to stay in Butte. I can’t get enough of that Butte crowd,” Kobe said. “It’s a dream come true staying in Butte and playing ball.”

The signing comes after the Moreno brothers helped lead Butte High’s football team to an 11-1 record and a berth in the state championship game. 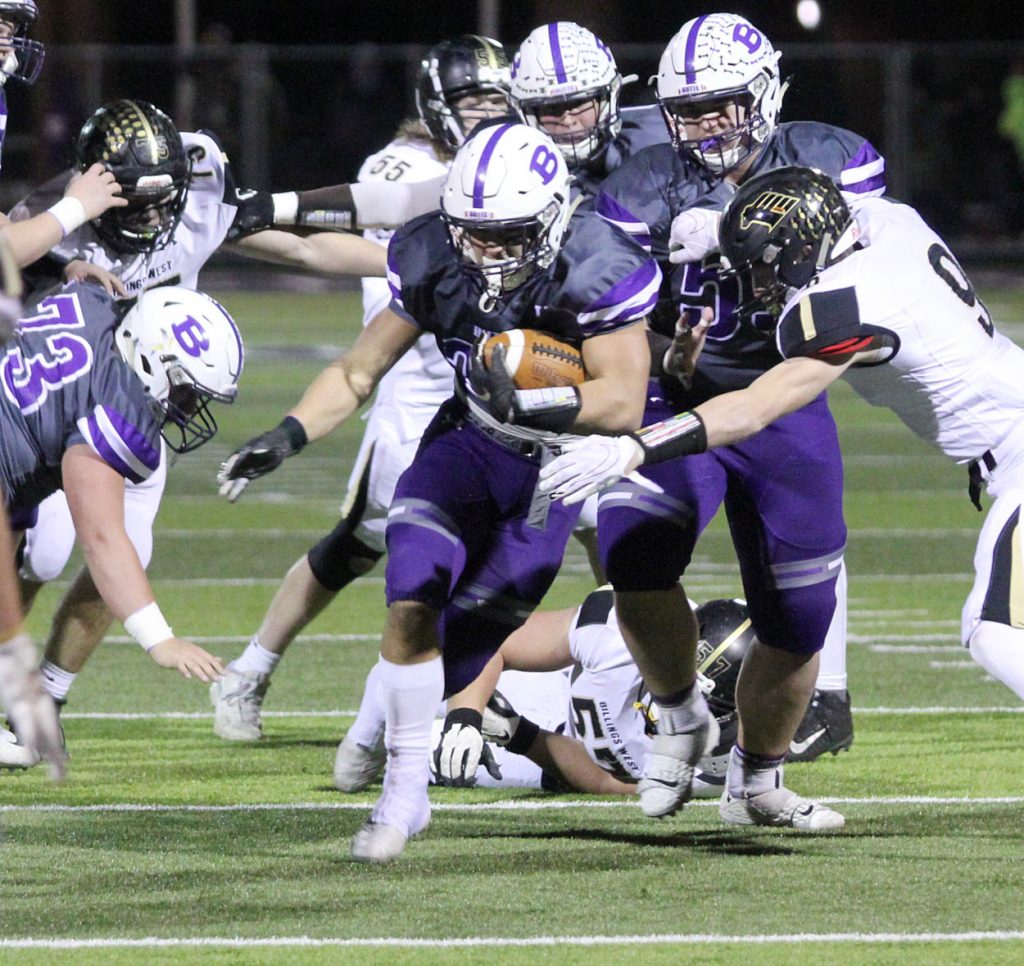 As Butte High’s No. 1 running back, Kameron Moreno rushed for 1,307 yards and 20 touchdowns. Only Montana Tech Hall of Famer Jay LeProwse, who ran for 1,607 yards in 1997, racked up more yards for the Bulldogs in a single season.

Kobe Moreno, who missed his junior season with a torn ACL, registered 48 tackles and four and a half sacks for the Bulldogs from his position at linebacker. He also played fullback for the Bulldogs.

Both brothers were named first-team All-State on offense, and both will represent Butte High in the Montana East-West Shrine Game in July. Kameron will play running back in the Shrine Game, while Kobe will play linebacker.

That could possibly be the case for the brothers at Montana Tech, too. Or they could both play running back. Or maybe both will play linebacker.

“Pretty much anywhere they want us to go,” Kobe said when asked where he wants to play. 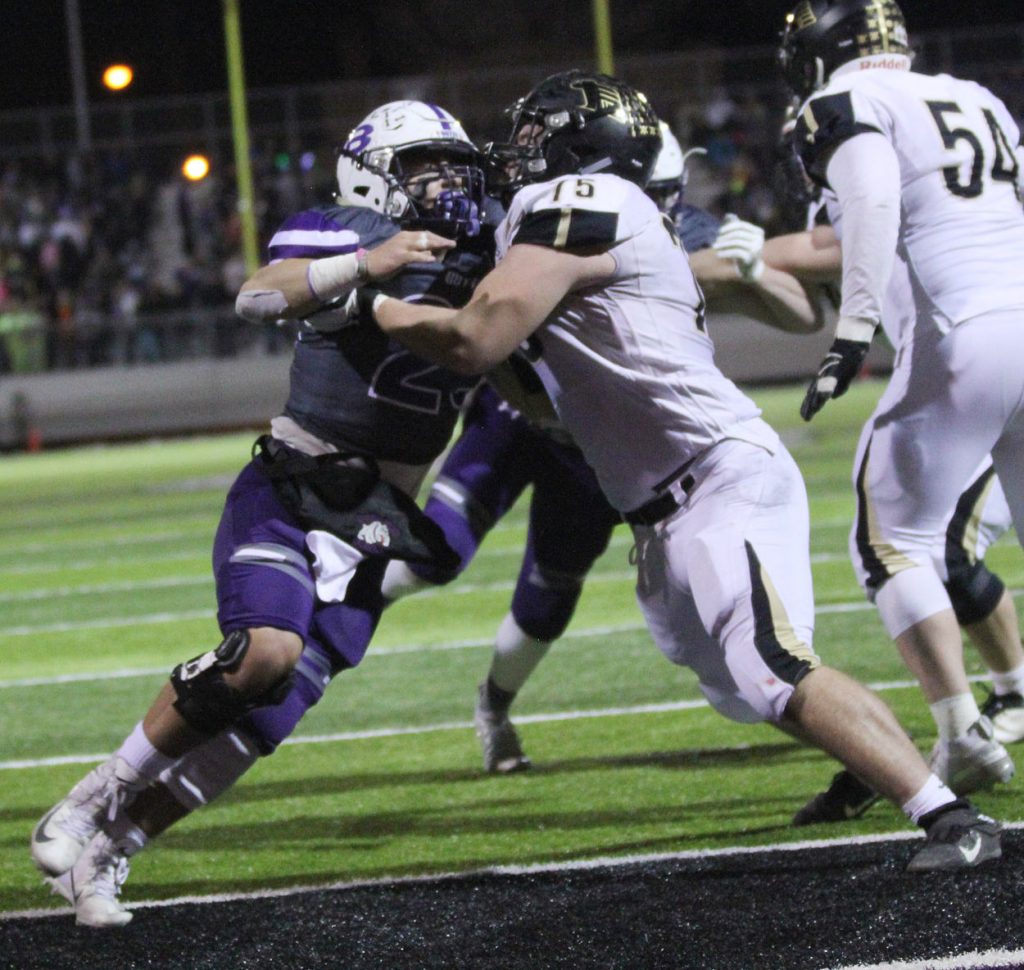 While the brothers both currently weigh about 180 pounds, they have wrestled three weights for Butte High’s wrestling team — 182 pounds, 205 pounds and heavyweight (285 maximum) — this season.

The sons of Kerry Guidi and Tom Galipeau, the Moreno brothers talked to Dickinson State about competing in two sports for the Blue Hawks, football and wrestling. They also talked to Montana State about walking on the Bobcat football team.

Montana Tech football, though, was their first choice, and they finally knew that would be a reality Monday night when Samson called the brothers to tell them he got the head job. The coach said he wanted the brothers to join him on the hill.

“My mom about jumped through the roof when coach Samson called us,” Kameron said. “She really wanted us to go there.”

The brothers plan to study occupational, safety and health at Montana Tech. They figure they will redshirt during their freshman season.

“I think that’s a good idea. Get yoked,” Kobe laughed about the redshirt year.

Both brothers are workout fanatics, and they like to watch old workout videos of Arnold Schwarzenegger. They figure there is no reason to stop those workouts now.

“Would you want to tackle Arnold?” Kobe asked.

The brothers said they are happy with their decision to play for the Orediggers. They are looking forward to getting on campus in August.

“We can’t wait,” Kameron said. “Obviously, we’ve got to finish this wrestling season, but I can’t wait to get up there and start playing.”