More fans will be allowed at Bulldog football games 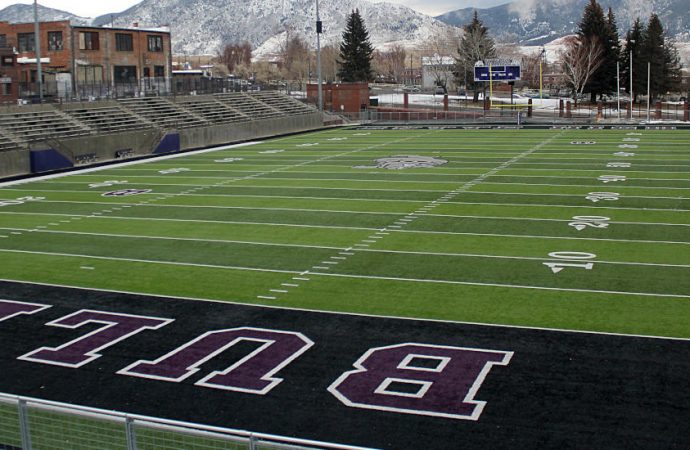 Naranche Stadium is shown in this Butte Sports photo.

Some Butte High senior students will also be allowed to attend the game.

The announcement came as Butte-Silver Bow Board of Health meeting scheduled for tonight to set and discuss spectators and other issues associated with fall high school activities was called off.

County Health Officer Karen Sullivan said the cancellation came after a Tuesday meeting among county and Butte School District No. 1 officials, who discussed their preference to enhance attendance at Friday night’s high school football game at Naranche Stadium in Butte, between Kalispell Glacier High School and Butte High School, and strictly manage and monitor the attendance.

“The alternative is a melee of people associated with both the home and away squads, attempting to watch the game from outside the stadium,” Sullivan said Thursday. “That, to this group of officials, was a much less desirable alternative to a choreographed, well-managed event inside the stadium, with a limited number of spectators allowed.”

Butte High School Activities Director Chuck Merrifield said, given social distancing requirements, the maximum amount of Butte High-affiliated spectators allowed to attend will be 280, while the maximum allowed for the visiting team will be about 120 spectators.

Merrifield said how many students will be allowed will be determined after marks six feet apart are put on the bleachers.

“The student section will hold over 200, and we will admit what we can handle, no more,” Merrifield said, adding the district is taking every precaution to keep the fans, coaches, players and officials safe.

“Everyone will be social-distanced, masked up and we will have no crossover between sections,” he said.

The official plan, which has been signed off on by Sullivan, will be released to the public soon, the release said.