DILLON — Make it three in a row for the suddenly red-hot Montana Tech men’s basketball team.

Sindou Diallo scored 22 points to lead four Tech players in double figures, and the Orediggers beat Montana Western for the third time this season, this time a 75-59 decision at the Straugh Gymnasium. (Stats)

The win puts Tech at 9-8 in the Frontier Conference and 17-11 overall. Tech entered the weekend tied with MSU-Northern (8-8) for fourth place and a home playoff game.

Northern, which holds the tiebreaker over the Orediggers, plays at Carroll College Friday night before heading to Great Falls to play the University of Providence on Saturday. Tech closes the regular season Saturday at Rocky Mountain College. 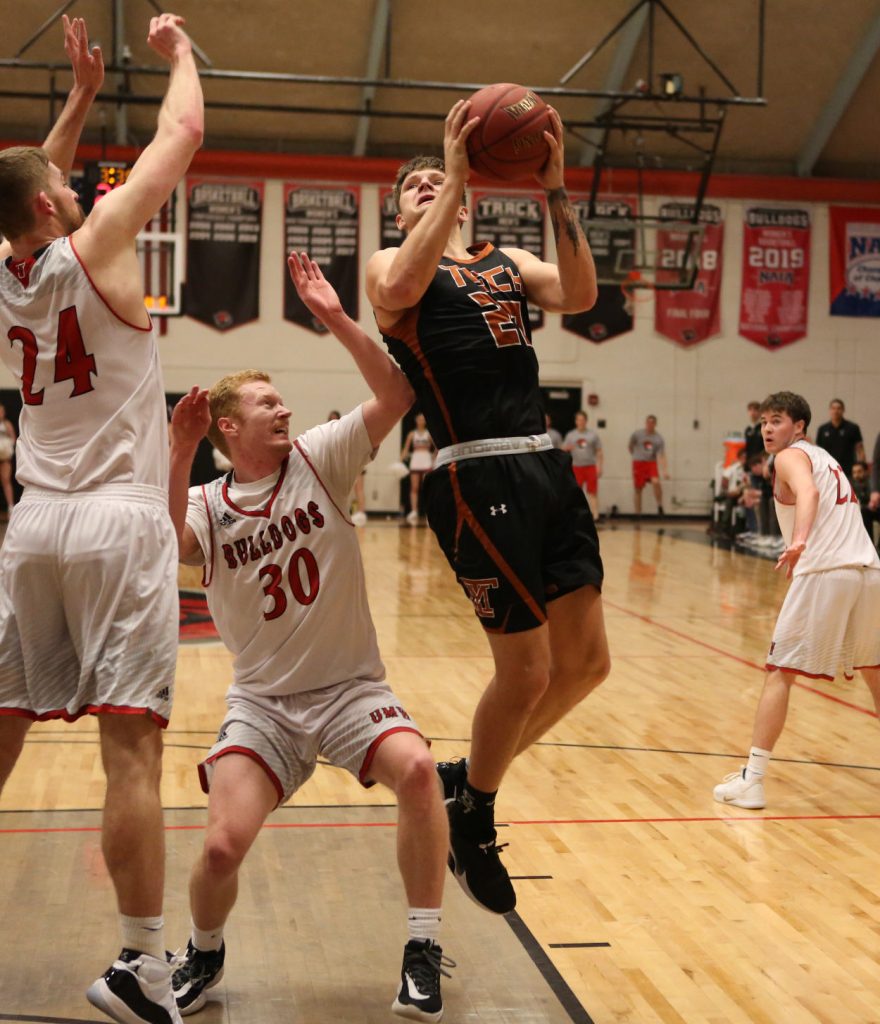 Taylor England scored 18 points and grabbed eight rebounds for Tech, which led for more than 38 of the 40 minutes. The Orediggers, who led by as many as 18 points, took a 35-22 lead into halftime.

Cody Baumstarck continued his solid late-season push with 14 points and eight rebounds off the bench for the Orediggers. Dylan Pannabecker tossed in 13.

The Orediggers also got five points and six rebounds from Drew Huse, and three points and lockdown defense from Troy Owens Jr.