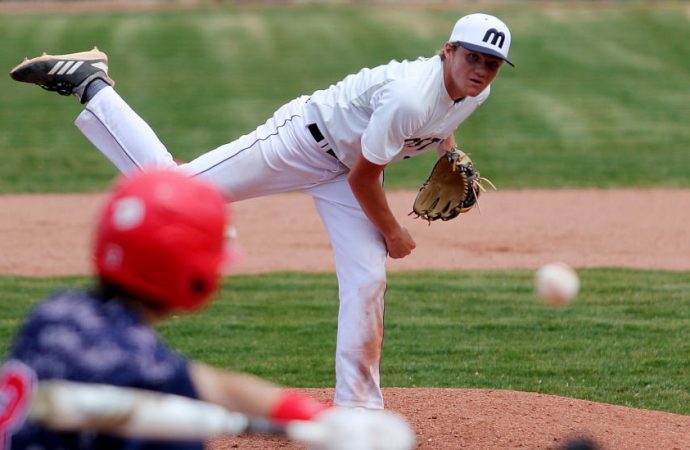 The Butte Miners are now undefeated in games that count.

The Butte club opened Southern A play Saturday with a doubleheader sweep of the Livingston Braves at Miners Field at 3 Legend Stadium.

Butte won the opener 13-5 before completing the sweep with an 8-2 victory. The Miners look to continue the winning ways Thursday when they head to Bozeman to play the Bucks.

The Butte Muckers are in action Sunday, playing host to the Helena Independents in a 1 p.m. twin bill at 3 Legends Stadium.

Butte 13, Livingston 5
Rylan Richards raced around the bases for a two-run inside-the-park home run as the Miners took the lead for good with four runs in the bottom of the first inning. (Box score)

The hit highlighted Butte’s 12-hit attack. It was also one of two on the day for Richards, who drove in in three runs.

Peyton Hettick went 3 for 4 with a double and two RBIs, while Aidan Lee singled and joined Richards with three RBIs.

Ryan Wahl pitched into the seventh inning to get the win.  He struck out four, walked one and scattered eight hits. Only three of the five runs allowed were earned.

Casey Kautzman struck out the final two batters to secure the win.

Names for the Livingston players were not available.

Butte 8, Livingston 2
Allen, Butte’s leadoff hitter, singled and scored on an error in the bottom of the first inning, and the Miners never trailed in Game 2. (Box score)

The Miners added a run in the second, two in the third, one in the fourth and three in the fifth before the Braves got on the board in the sixth.

Wahl tripled and doubled, and Lee hit two doubles to lead the Butte offense. Bugni and Egan Lester each added a double and a single in the victory.