Michelotti sisters ready for ‘trip of a lifetime’ to Italy

Maria and Megan Michelotti will get a chance to explore their family’s home country this month, and they have softball to thank for it.

The Butte sisters leave Monday for a nine-day trip to play softball and see the sites in Italy as part of a cultural exchange program.

“We’re going to get back to our roots,” said Megan Michelotti, 16, who will be a junior at Butte Central next school year.

The Michelotti sisters are part of an 11-player team that will play six games — three doubleheaders — in Italy.

“We are the only ones going who are Italian,” Megan said with a laugh.

Andrea Schurg of Dillon is coaching the team made up with players from Dillon, Anaconda Butte and Bozeman. Long-time Butte coach Sid DeBarathy is an assistant coach.

Kaidy McClafferty, a pitcher who will be a junior at Butte High in the fall, is also making the trip. She was out of town for this story.

“It’s going to be a once-in-a-lifetime chance,” said Mariah Michelotti, 20, a 2015 Butte High graduate. “To do it with Megan makes it that much better.”

The trip will be the first venture overseas for the Michelotti sisters.

“We’ve only been to Canada,” Megan said. “It’s going to be a trip to remember.”

The trip will also mark just the second time the sisters will be teammates. They played together on a Little League all-star team in 2013.

They almost played against each other in basketball during the 2014-15 season. Maria was a senior starter for Butte High, while Megan was a freshman reserve for Butte Central.

“They put me in right after you fouled out,” Megan said, while looking at her sister.

Marian answered, “I probably would have fouled out on you anyway.”

Maria, who was a standout for the club women’s rugby team at Montana State in Bozeman, was a three-sport star for the Bulldogs. She excelled in soccer, started in basketball and caught for the softball team.

Megan, a member of BC’s undefeated state champion basketball team last season, started the past two seasons on the BC softball team. She played infield and outfield for the Maroons.

After each game, the teams will get the chance to know each other. They’ll also get some free time to be tourists.

The dress for each girl will cover up legs that are scraped up from playing softball getting ready for the trip. The Michelotti sisters are, above all, competitors. They are headed to Italy for many reasons, but winning will be a priority.

“I’m excited about the culture,” Maria said. “But the softball is getting us there.”

While the girls don’t know the caliber of their competition, they will leave the States confident that they have a solid team.

“We’ve got Kaidy,” Maria said, referring to the pitcher she caught as a senior at Butte High. “We’ve got like four solid pitchers.” 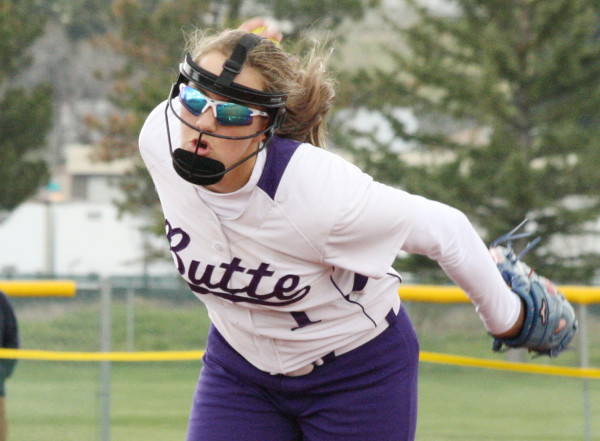 The Mining City Magic have scrimmaged with the Montana team a couple of times to help prepare them, and Maria said her bat is coming around after a year removed from competitive softball.

The Michelotti sisters said they have been blown away by the giving nature of the people and businesses of the Mining City.

They have raised around $4,000 so far, and that will pay for approximately half of the trip.

A kick starter page has been set up for anyone who wishes to donate to the sisters’ trip.

“In Butte people are so giving when it comes to supporting athletes,” Maria said.