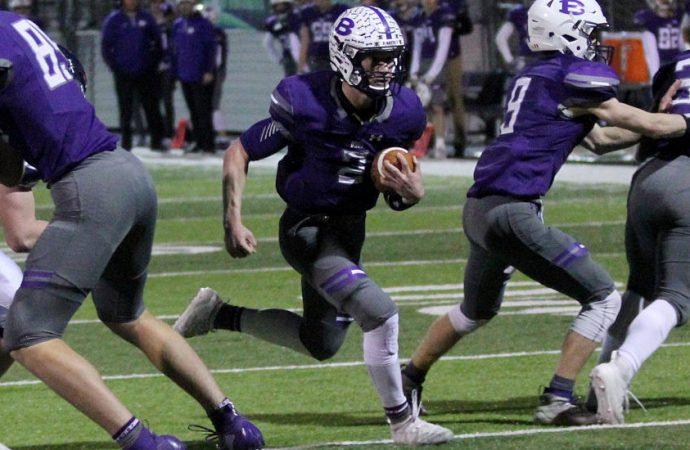 Thursday afternoon it became official what Butte High fans have known for quite some time.

Tommy Mellott is the Offensive MVP of Class AA football.

Mellott received that honor as the Class AA All-State football team was released to the media. He is one of six Bulldogs to take home first-team honors and one of 16 Butte High players with an All-State mention.

The honor comes after the senior accounted for 46 touchdowns and 4,151 yards to lead the Bulldogs to an 11-1 record and a second-place finish. The future Montana State Bobcat passed for 2,940 yards and 30 TDs while running for 1,217 yards and 16 scores.

Mellott, Butte High’s all-time leading rusher, became the first Bulldog quarterback to rush for more than 1,000 yards in a single season. He was named first-team All-State at quarterback and second-team as a punter.

Senior Kameron Moreno, who ran for 1,307 yards and 20 touchdowns, joins Mellott on the first team. So does his twin brother, Kobe, who was selected as a fullback. 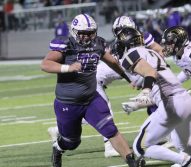 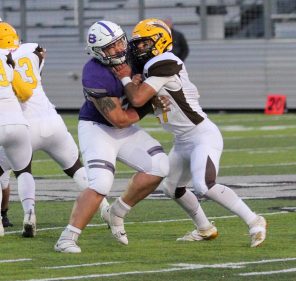 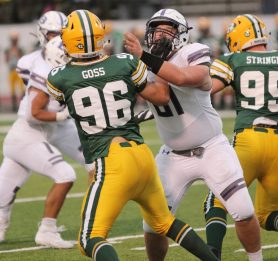 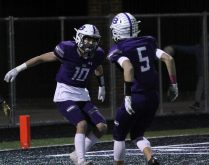 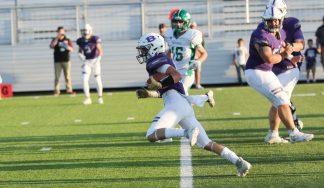 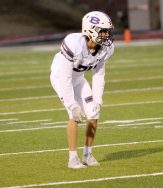 Scout Allen (22) is congratulated by Aidan Lee after recovering a fumble and returning it 12 yards to set up a touchdown Oct. 20. (Butte Sports file photo) 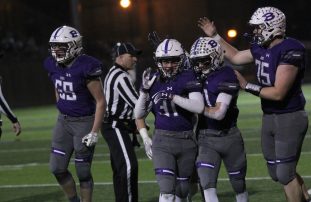 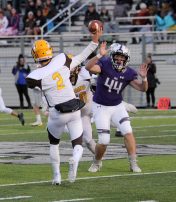 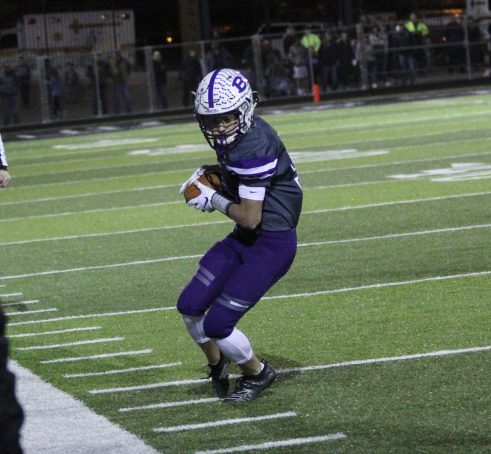 Senior Konor McClafferty made the first team as an offensive tackle. He is one of four Butte High offensive lineman to receive some kind of All-State recognition.

Scout Allen took home a first-team All-State nod at safety. That comes the senior led the Bulldogs with 106 tackles on the season.

Click the links below to see all the Class AA All-State selections.