McGrath finally gets the right call to play volleyball

Seated between her brother Cole and mother Kathy, Brooke McGrath smiles after signing to play volleyball at Edmonds College Thursday at the Richardson Gym. Also pictures is McGrath's father Mike.

Just when Brooke McGrath resigned herself to the fact that she would not continue her volleyball career past the high school level, Edmonds College came calling.

On Thursday, the Butte High senior signed a letter of intent to play for the Tritons. She inked the deal in a short after-school ceremony surrounded by family, coaches and friends at the Richardson Gym.

She signed while sitting with her parents, Mike and Kathy, and her brother, Cole.

“I knew I wanted to play,” McGrath said. “A few weeks ago, I thought, ‘OK, I’ll probably never play again.’ Then he ended up calling me.”

“He” is Triton Tony Miranda, a long-time head coach at the two-year school in Lynwood, Washington, which is just north of Seattle.

“I knew right then it was a good opportunity,” McGrath said of talking with her new coach. “It just felt right to me.” 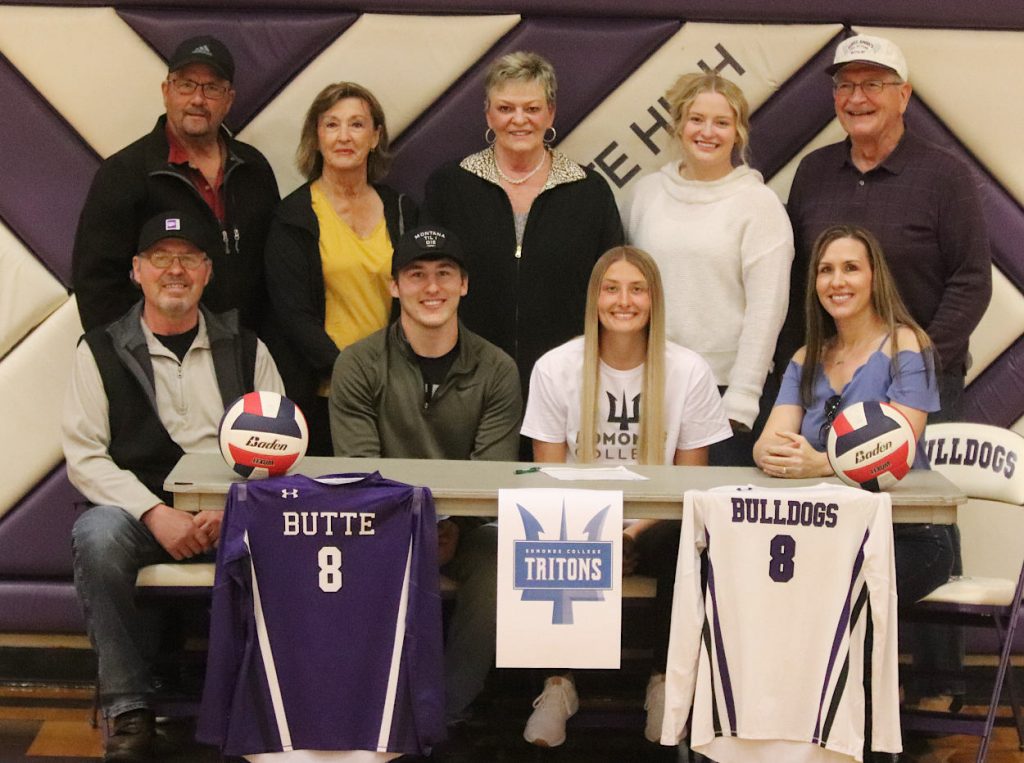 Edmonds College plays in the Northwest Athletic Conference. The Tritons are a rival with Olympic College, which is where Butte High classmate Ashley Olson signed to play in March.

“They’ll be playing each other,” Butte High coach Shane Jorgensen said. “That’s kind of exciting for them.”

While Lynnwood is still quite a haul, McGrath said she is happy to be going to a school that is withing driving distance of the Mining City.

“I got a lot of different opportunities to play out of state,” she said. “They were just too far for me. I didn’t want to go that far. It’s still far, but it’s driving length home.”

McGrath, a member of the National Honor Society, will graduate from Butte High with 10 varsity letters. She earned four in volleyball, three in basketball, two in tennis and once as a track manager as a freshman.

Volleyball is her love.

She started playing at age 7 or 8 with the YMCA and never stopped.

“It just always something that I look forward to,” McGrath said. 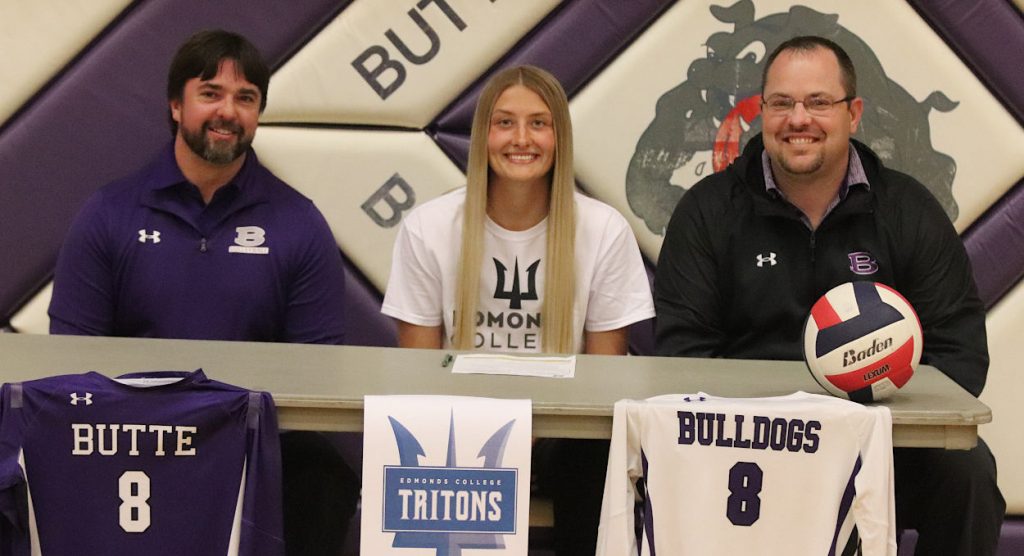 In her four varsity years with the Bulldogs, McGrath rarely came off the floor. She is known as a hard hitter, a precise server and an outstanding defender.

Jorgensen said he expects McGrath will be a player who stays on the floor for the Tritons, too.

“She’s going to bring that Butte work ethic out there to that school and show them what Montana kids are about,” the coach said.

McGrath was a part of two Butte High teams that qualified for the Class AA State tournament — in 2019 and 2021 — while playing for two different head coaches.

She was also a key player that helped the Bulldogs place fourth at the Western AA Divisional basketball tournament and advance to State.

At Edmonds, McGrath plans to pursue a two-year degree in pre-nursing. If the opportunity comes up, she said she will transfer to a four-year school to continue playing.

If not, McGrath said she can return to Butte to complete a nursing degree at Montana Tech.

For now, though, she is just happy that she eventually got the call to play college volleyball.

“It finally came,” she said. 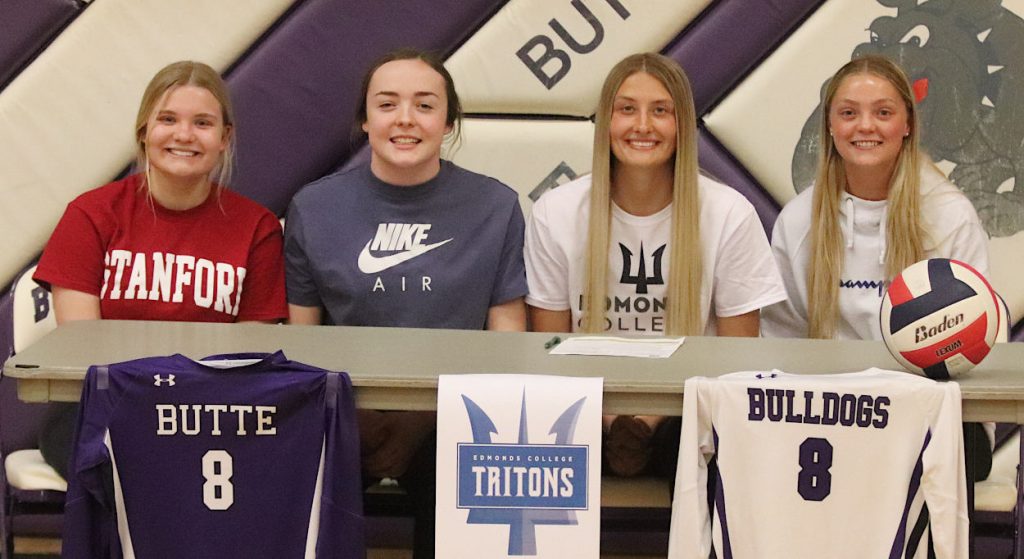 Some friends also joined McGrath at the signing ceremony.