McGee, Nielsen run to titles at Light Up Mariah race

Conor McGee runs on his way to a victory in the Light Up Mariah 5-kilometer race Sunday in Butte. (Jon Wick photo)

Conor McGee and Hailey Neilsen ran to overall titles at the Light Up Mariah race Sunday morning in Butte.

McGee was the overall winner, while Nielsen was the top female finisher in the 5-kilometer race. (Overall results; Age group results)

McGee, 21, a Butte Central graduate who is a junior runner at the University of Providence-Great Falls, ran all alone and finished with a time of 18 minutes, 9 seconds.

Nielsen, 14, who just finished her freshman season running for the Butte High cross country team, crossed in 22:15 to claim the women’s title. 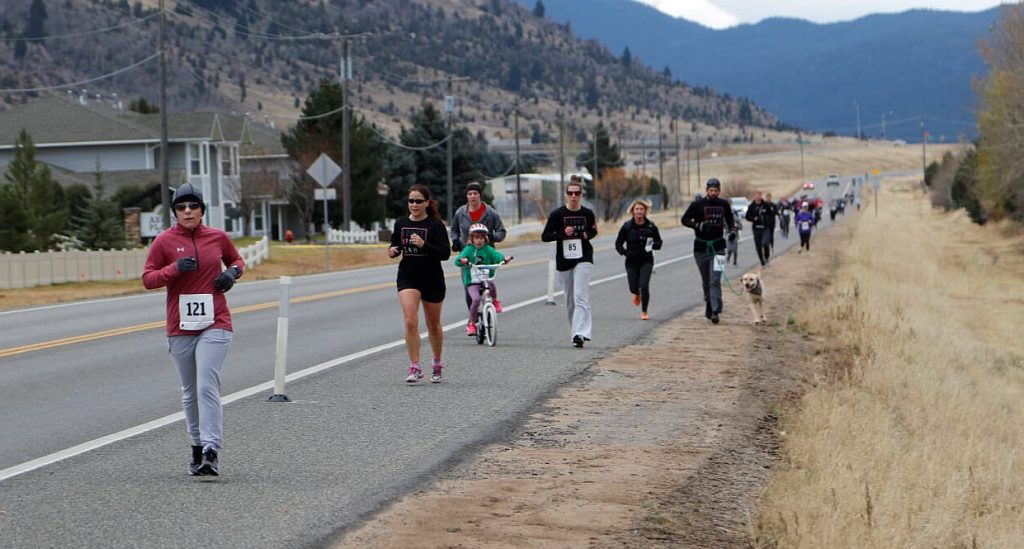 In all, 74 runners completed in 5K. A large group of runners and walkers also took part in the 1-mile fun run/walk.

The race commemorated the anniversary of the death of Mariah McCarthy. Saturday marked 10 years since the 14-year-old McCarthy was struck and killed by an underage drunk driver while walking with two friends on a walking trail next to Blacktail Lane.

Both races went by Mariah’s cross, and many stopped to light a candle to remember Mariah or family members or friends.